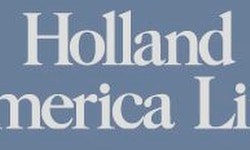 When Holland America Line’s 1,848-passenger ms Oosterdam arrived in Seattle yesterday it kicked off the 2012 Alaska cruise season for the port. Following the Oosterdam, the Amsterdam and Westerdam will arrive this month offering 52 voyages out of the seaport.

“We always look forward to the start of the Alaska season because it represents a homecoming of our ships to our hometown of Seattle,” said Richard Meadows, executive vice president, marketing, sales and guest programs. “It’s meaningful not only for our officers and crew, but also for our shoreside employees and the many vendors and service providers we support in Seattle and throughout Washington State.”

With three Seattle-based ships sailing out of the homeport for the five-month cruise season in 2011, Holland America Line contributed US$186 million to the Seattle economy and US$222 million across Washington State just from cruise ship calls alone. Over 147,000 of produce is grown locally for the three ships.

An expected 104,000-Holland American guests are expected to sail out of Seattle in 2012.