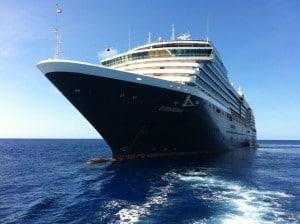 This is the first year that the companies have been honored for promoting the highest of ethical standards. Out of a record number of nominations for the award, Holland America Line and Seabourn secured their spots on the list by implementing and maintaining upright business practices and initiatives that are instrumental to each company’s success, benefit the community and raise the bar for ethical standards within the industry.