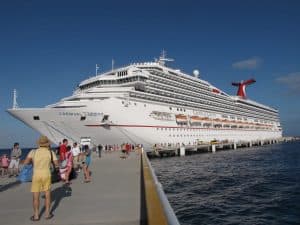 Below are the top five cruise destinations from Hotwire.com for the end of wave season.

2. Hawaii
·      If you think a luxurious Hawaiian escape is unattainable, think again. Right now, Celebrity is offering some exceptional rates to this island paradise. At an average price of $83 per night for Interior cabins, their Hawaiian sailings are running 28 percent lower than the overall regional average (for all sailings to Hawaii) and 33 percent lower versus Celebrity’s average nightly price for all destinations.
·      Example deal available on Hotwire.com:
o 10/22/2012 11-night sailing on Celebrity Millennium from Ensenada (Mexico): $949 for Interior cabin or $86 per night

4. Mexico
·      Forget Orlando.  Disney enthusiasts should look to experience the wonderful world of Disney on the open seas and in a much more exotic locale – Mexico. Mickey’s favorite ship is currently offering some big savings on sailings south of the border. At an average of $127 per night for an Interior cabin, Disney may seem like a more expensive choice, but it’s actually a 32 percent discount versus their average price per night on all destinations.
·      Example deal available on Hotwire.com:
o 9/16/2012 7-night sailing on Disney Wonder from Los Angeles: $770 for Interior cabin or $110 per night

5. Panama Canal
·      The Panama Canal is the most beautiful way to get from the Atlantic to the Pacific, and for travelers wanting to sail two oceans in one trip, Royal Caribbean is the cruise line to book. They are currently offering cruises to the Panama Canal for $83 per night for an Interior cabin, a 35 percent savings when compared to their average price per night for all destinations.
·      Example deal available on Hotwire.com:
o 10/5/2012 14-night sailing on Vision of the Seas from Fort Lauderdale to San Diego $1149 for Interior cabin or $82 per night

Royal Caribbean to double cruise capacity in Southampton in 2013

Carnival Sunshine transcript with VP of Product Development with Carnival