A full refund will be provided to all guests who were scheduled on the axed sailings. The statement went on to say, “We remain in constant contact with port officials regarding potential port closures in South and Central Florida. Given the uncertainty of the storm’s impact, we will be shortening the duration of several upcoming cruises. Guests who sail on the shortened cruises will receive a pro-rated refund of their cruise fare. Guests who wish to cancel due to the modified cruise duration may do so and receive a future cruise credit equal to the amount of their cruise fare.” 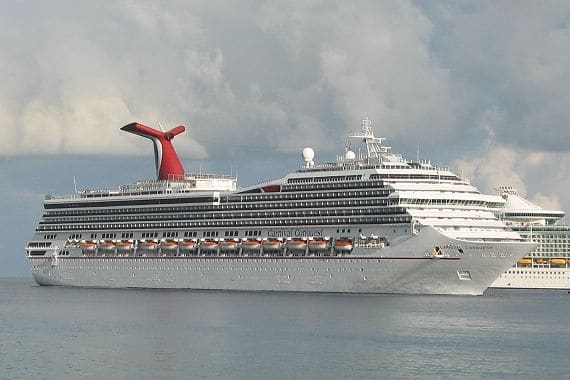 A number of other cruises set for the next few days are being impacted by Hurricane Irma, including the following:

Carnival Paradise: The September 11 cruise is now scheduled to depart September 12 on a four-day Cozumel voyage.

Carnival Sensation: Departed Thursday as planned, with the stop in Key West cancelled. Instead, guests will have an extended stay in Cozumel.

Carnival Conquest: Originally slated to depart on September 9th, the ship will instead leave Port Everglades on September 12th for a four-day cruise to Cozumel.

Carnival Glory: The September 9th sailing has been postponed to September 12, leaving Miami for a four-day sailing to Cozumel.

Carnival Magic:  Current cruise (Sept. 3-9 from Port Canaveral) will proceed directly to New
Orleans where it will arrive on Saturday, Sept. 9. Guests will be given the opportunity to disembark and make independent arrangements to travel home. Guests also have the option to
remain on board and sail back with us to Port Canaveral, where they will disembark the ship as soon as the Port reopens. The September 9th cruise is now scheduled to depart Port Canaveral on Sept. 13 on a three-day cruise to Nassau.

Carnival Vista: Rather than sailing on September 9th, the ship is now scheduled to depart Miami on September 12th on a 5-day, two-port Western Caribbean voyage to Grand Cayman and Cozumel.

Carnival Freedom: The ship will sail out of Galveston on September 9th on a three-port Western Caribbean cruise visiting Mahogany Bay, Belize and Cozumel.

Carnival Dream: The ship will sail from New Orleans on September 10 on a three-port Western Caribbean cruise to Ocho Rios, Grand Cayman and Cozumel.

Carnival Pride: The ship will set sail from Baltimore on September 10th on a cruise to Canada and New England. Itinerary details are expected to be revealed Thursday afternoon. Carnival is allowing guests to cancel and receive a future cruise credit. Those deciding to sail will receive a 25% future cruise credit based on the fare paid for this trip.

Carnival Sensation: The sailing scheduled for September 11 will now depart on September 13th for a three-day cruise to Nassau.

Carnival Victory: The Sept. 4-8 cruise is returning to Miami early. Guests who want to disembark will have the opportunity to do so on Friday. Guests will also have the option of staying on board and sailing back out to sea with us until the storm passes. The September 8 cruise has been cancelled. The Sept. 11 cruise will now depart on Sept. 12 for a three-day cruise to Nassau.

Carnival Paradise: The ship is set to sail on September 11th as planned, and the itinerary, as of now, remains unchanged.

Carnival Splendor: The five-day eastern Caribbean cruise on Sept. 9 has been cancelled.

Carnival Ecstasy: The six-day Bahamas cruise from Charleston on Sept. 9 has been cancelled.

Carnival Fascination: On Sunday, September 10 the ship will depart San Juan for a cruise to Dominica, Barbados, St. Lucia, Antigua, and St. Kitts.

Carnival Victory: For the 9/11 sailing, CCL8

Carnival Sensation: For the 9/7 sailing, CCL9

Carnival Sensation: For the 9/11 sailing, CCL1

The release ended by informing passengers that due to Hurricane Irma’s impending arrival, Carnival “has closed its South Florida headquarters… to allow employees as much time as possible to finalize their hurricane preparations. The safety and welfare of our team members is of utmost importance. Our Business Continuity Plan is in full effect, and a wide variety of essential personnel spanning all key areas of the company will be continuing to work remotely and from the company’s hurricane-resistant facility in Miami.”