InnerSea Discovers is gearing up for the 2012 Alaska season with a new vessel. The line recently acquired a former 86-passenger Cruise West vessel and transforming it to the 76-passenger Wilderness Explorer. 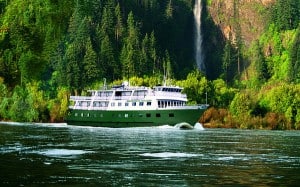 There’s no doubt about the demand for active, hands-on explorations in Southeast Alaska,” said Dan Blanchard, principal and chief executive officer.  “We quickly sold out our first season. This ship fits in nicely with our fleet, and we are starting renovations now to add new amenities and spaces fitting our style of active adventures.” We had a chance to speak with ceo Dan Blanchard this past March on Cruise Radio.

During the transformation, the vessel will receive: