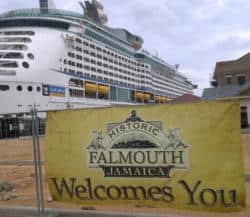 Visitor counts hit record numbers in 2011 on the popular Caribbean island of Jamaica. Visitors by air and cruise ships hit the 3.07-million mark, up over eight percent from 2010. These numbers are according to the December 2011 Monthly Statistical Report put out by the Jamaica Tourist Board.

According to island newspaper Jamaica Gleaner, the recently constructed Falmouth Cruise Pier accounted for the bulk of 1.12-million total cruise passengers. Nearly half of all the cruise ships call to Falmouth.

A majority of the visitors came from the United States, Canada and Europe.