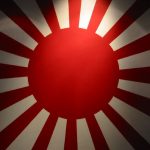 Carnival Corporation opened a new office in Tokyo recently, officially entering the growing Japanese cruise market.  Carnival Japan was created to oversee the largest deployment ever by a global cruise line in the Japanese market with the launch of Princess Cruises homeport sailings, specially developed for Japanese travelers.

Carnival Japan, Inc. was formed in March to sell Princess Cruises and other Carnival brands in Japan. From April to July of next year Princess will operate an 87-day program featuring a total of nine cruises, nine to 12 days in length,  on seven different itineraries sailing from both Yokohama and Kobe.

This new season of cruises is currently open for sale and is sold in Japanese Yen. Pricing for these cruises starts at ¥124,000 per person, double occupancy for a nine-day sailing.

The cruise experience will be much the same as the Princess Cruises product offered around the world, with a few modifications for the Japan-sourced passsengers:

The inaugural season launches aboard the line’s Sun Princess in April 2013 and 18,000 passengers are expected to be carried during the first season of cruising in Japan.