I recently had a chance to go to the southern Caribbean aboard a 10-night Carnival Journeys cruise. One of the stops on this cruise was the island of Dominica, a mountainous region in the Caribbean recently made famous for being a filming location for Pirates of the Caribbean II.

The island is primarily untouched and has a rainforest, dormant volcanoes, mountains, gorges, and a lot of wildlife, especially whales.  Our ship docked in the capital city of Roseau, and the tour we booked was the Jewel of Dominica.

I did a lot of research before we got to the island (including watching Pirates of the Caribbean II). The Jewel of Dominica tour took us snorkeling at Champagne Reef, swimming in Ti Tou Gorge, a stop at Trafalgar Falls, a visit to the botanical gardens, and ended with a photo opportunity of our cruise ship from a mountainside. The beauty of booking through CruisingExcursions.com was the private van we had that was well stocked with water and beer.

An interesting bit of trivia we learned from our tour guide, Jackson, was that the French and the British fought over the island and exchanged “ownership” several times. Neither country really wanted the island, as it didn’t process any needed natural resources, but neither country wanted the other to have it. As a result, several points of interest have both French influenced names (like the Capital city Roseau) and British influenced names (like Trafalgar Falls). 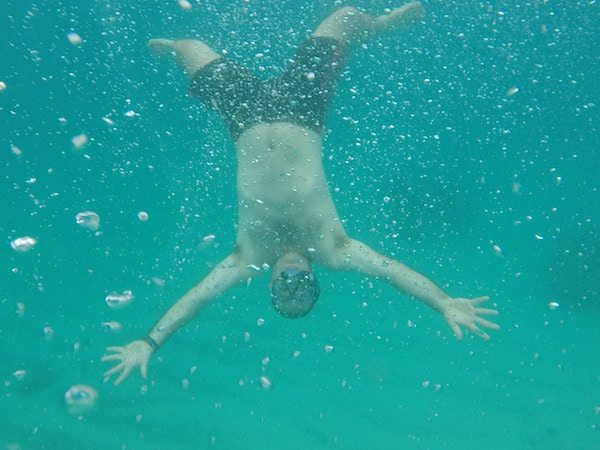 Our first stop on the tour was Champagne Beach. After a short walk to the rocky beach, we put on our masks on, walked out into the water, and followed our snorkel guide Derrick out to the reef. There was a sunken ship, a lot of coral, and we snorkeled over a dormant volcano that spewed streams of hot bubbles (which the beach is named after). After an hour in the water, we packed up and headed to Ti Tou Gorge. 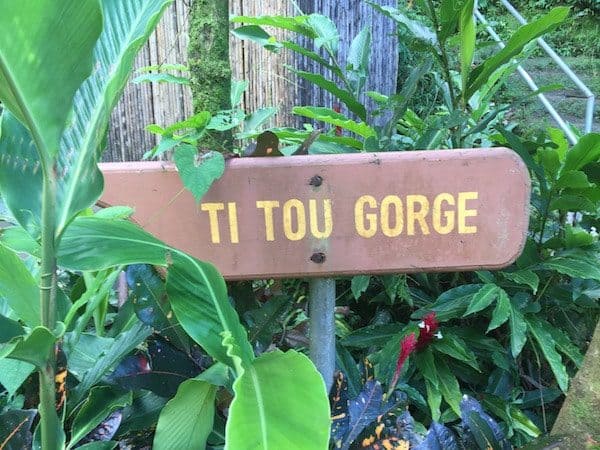 If you’ve seen Pirates of the Caribbean II, this is the gorge that the pirates fell into in their bone cage and it was smashed to pieces. There’s a walkway into the gorge and it’s quite chilly but your body slowly acclimates. It slowly gets deeper as you get further into the gorge and make your way to the waterfall.

This is a great backdrop for some one-of-a-kind pictures. If you have a waterproof camera, definitely have it with you when you visit Titou Gorge. 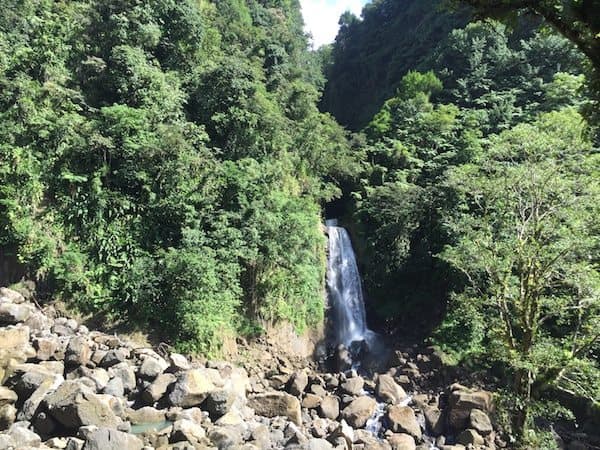 The 10-minute hike is well worth it! This is an area that connects you with nature as you’re watching twin waterfalls in the middle of a rain forest.

Champagne Beach and Titou Gorge are amazing, but this was a major highlight of the tour for me. Aside from the hand rails and some logs added to the natural “steps” for safety, this hike was like walking back in time. The flora looks almost prehistoric the deeper you get into the rainforest, and at the summit is the most breathtaking view. 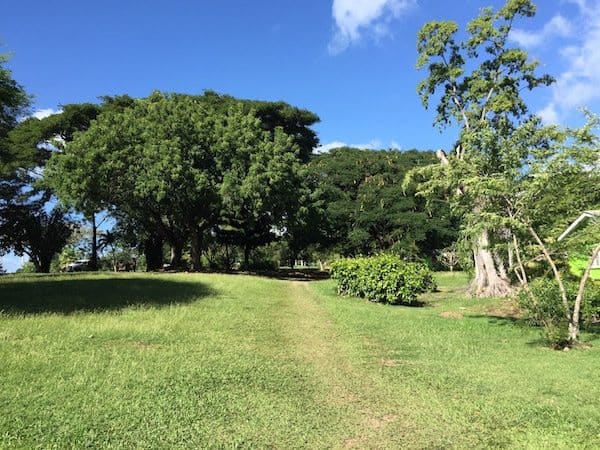 The Botanical Gardens was an unexpected surprise. There we saw an interesting collection of plants from around the world, including a bamboo hut. They also have a few animals and an agricultural area for local farmers. Located in the city, it’s an unexpected oasis that one could compare to New York City’s Central Park, albeit on a much smaller scale.

It’s really good to see the island is making a recovery after Hurricane Erika in 2015.  My favorite stop overall had to be Champagne Beach – the bubbles coming out of the reef were so cool, especially since we were up close and snorkeling around it.  Also, being able to visit Ti Tou Gorge and swimming down where such an iconic scene was filmed for Pirates of the Caribbean was pretty awesome, I don’t know how they filmed in there for several days – it was freezing (but totally worth it)!  At the end of the day, the Jewel of Dominica tour was a great sampling of what the island had to offer, and I’d gladly jump on an opportunity to do it again someday.

Swimming with Pigs in the Caribbean