The Seattle-based Holland America Line has a new ship on the horizon, and she just passed her sea trials with flying colors.  ms Koningsdam is the newest upcoming ship for the line, and she just returned to Fincantieri’s Marghera shipyard on Saturday after two sets of successful sea trials off the Italian coast.

The first trial lasted three days and began on January 2, before the ship went into dry dock at Fincantieri’s Trieste shipyard where standard hull maintenance was performed.  The second trial was January 10-16, where the ship made its way back to Marghera and the finishing touches will be added.  During sea trials, a ship undergoes a series of tests to determine the performance of its machinery, systems, and engines. 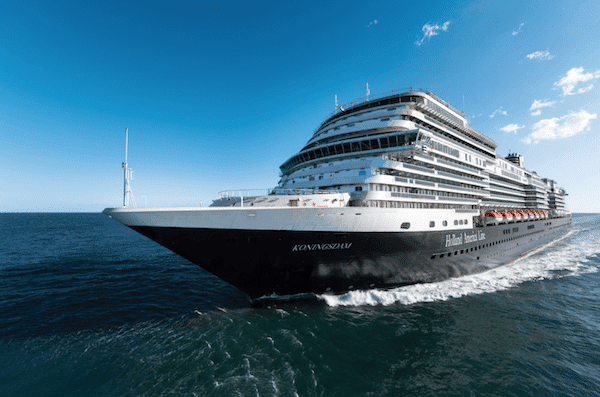 The ship’s captain, Captain Emiel de Vries, hasn’t taken command of the ship yet, but he participated in the trials to test the ship’s safety systems and maneuvering characteristics.

In ms Koningsdam‘s first year in service, she will feature a variety of itineraries in the Mediterranean, Caribbean, and northern Europe.  The naming ceremony is scheduled for May 20 in Rotterdam, the Netherlands.