The celebrations for Mardi Gras’ official inaugural cruise continued on Wednesday when the vessel arrived in Amber Cove, Dominican Republic.

The occasion is especially meaningful because this call is in the home country of the ship’s godmother, Miss Universe Dominican Republic Kimberly Jiménez.

In conjunction with the visit, Carnival Cruise Line President Christine Duffy presented a $25,000 donation to Niños de Cristo home for girls in La Romana, which is a special cause for Jiménez. 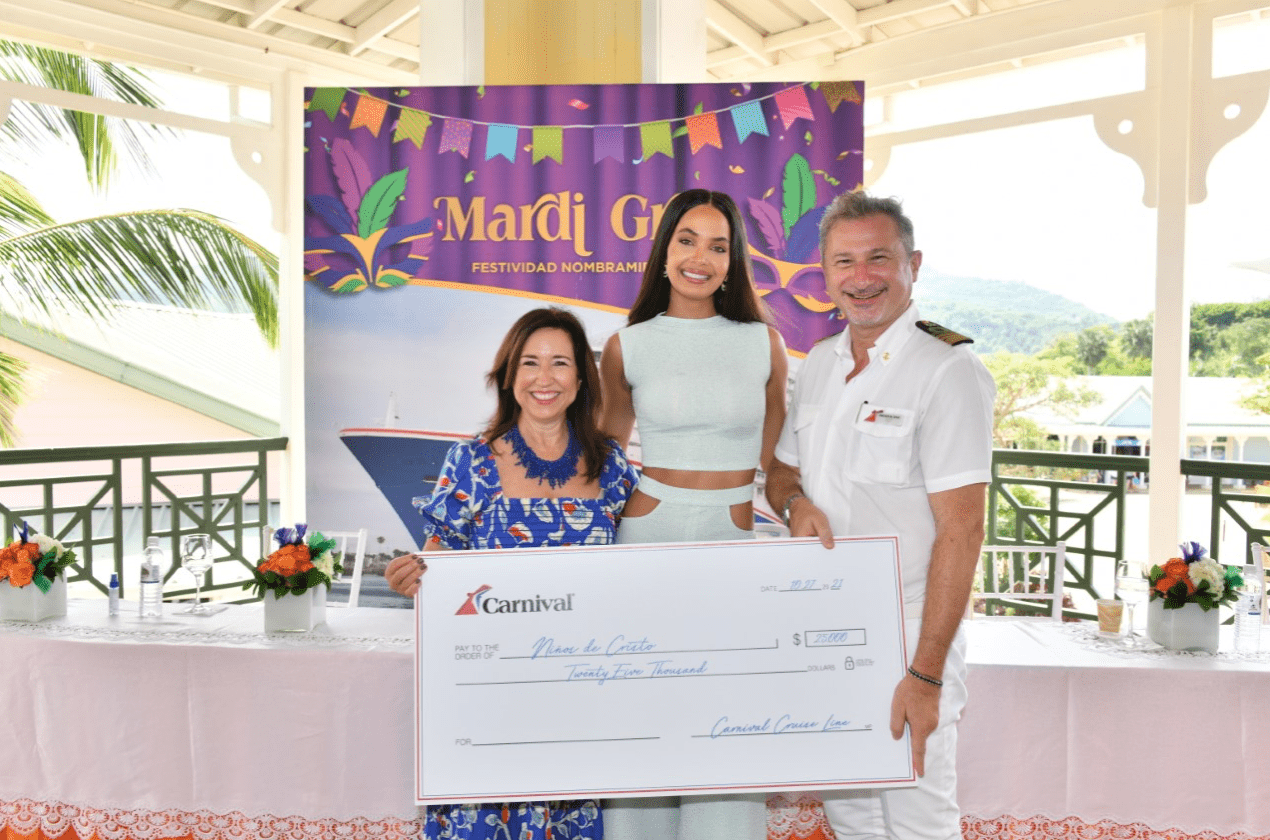 “We are thrilled to bring our flagship, Mardi Gras, here to the Dominican Republic with our Godmother who is such an incredible ambassador for the beauty, hospitality and culture of this island,” said Christine Duffy, president of Carnival Cruise Line. “In honor of Kimberly, we also wanted to show our support for the amazing work she does with Niños de Cristo.”

Mardi Gras was christened this past weekend during a “Universe of Fun” celebration in Port Canaveral. The event marked the first ship naming ceremony held in the United States since the cruise industry’s restart the summer.

Godmother Kimberly blessed the vessel in both English and Spanish, and activated the traditional champagne bottle break to officially name the ship.

Mardi Gras set sail on her first-ever passenger cruise on July 31, 2021. Since then, she has been operating seven-night voyages to the eastern and western Caribbean from Port Canaveral. She calls on the Dominican Republic every other week. 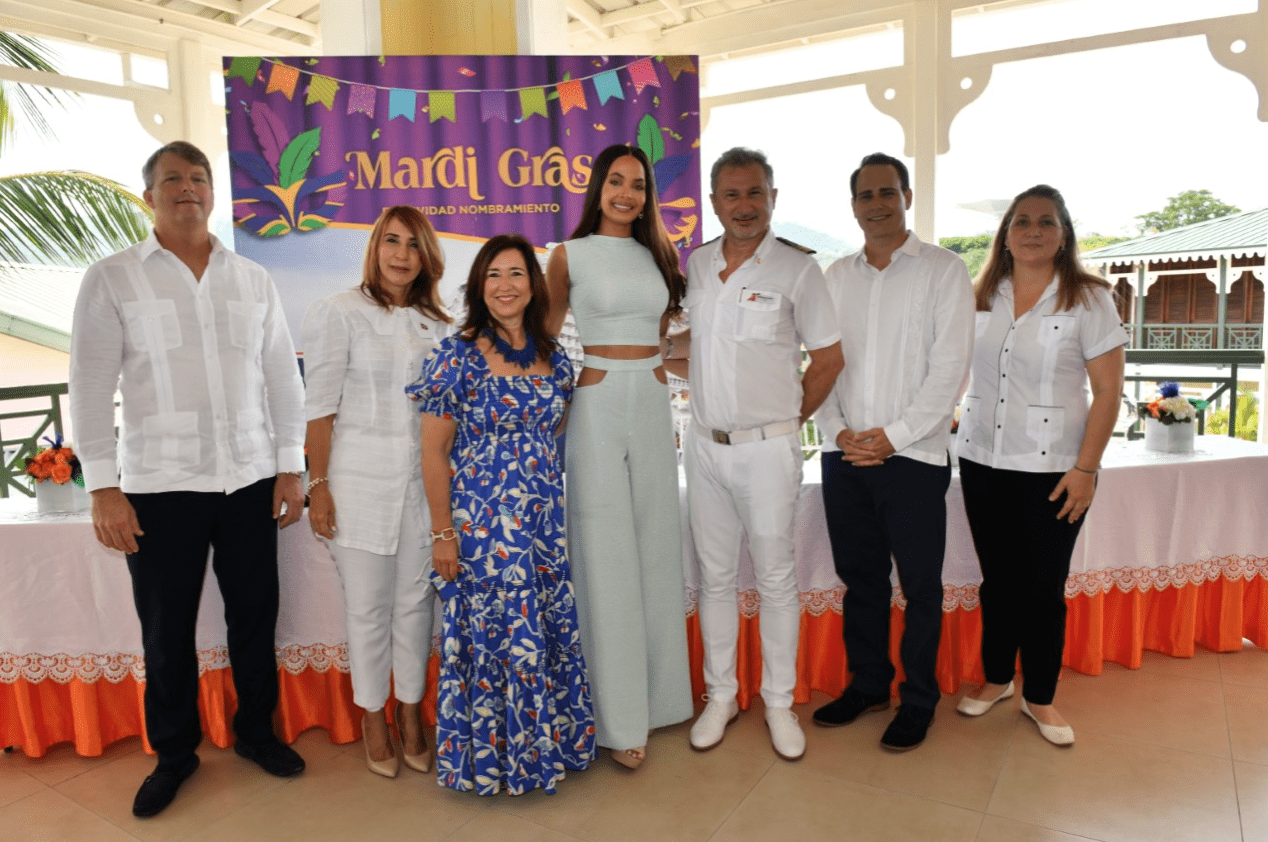 Highlights of the ship include over two dozen restaurants, including a large number of complimentary venues; a shipboard version of the TV show Family Feud, the world’s first roller coaster on a cruise ship, a ropes course, and a large variety of themed bars and lounges.

The ship features an adults-only sundeck called the Serenity Retreat, an exclusive sundeck and pool for those staying in themed Havana cabins; and a generous thermal suite in the spa.

Send this to a friend
Hi, this may be of interest to you: Mardi Gras Arrives in Godmother's Home Country on Inaugural Cruise. This is the link: https://cruiseradio.net/mardi-gras-arrives-in-godmothers-home-country-on-inaugural-cruise/