This is the second port on the seven-night voyage; yesterday the ship arrived in San Juan, Puerto Rico, and on Friday she is scheduled to call in Nassau, Bahamas.

On the pier, passengers were greeted with traditional music and dancing from local performers. 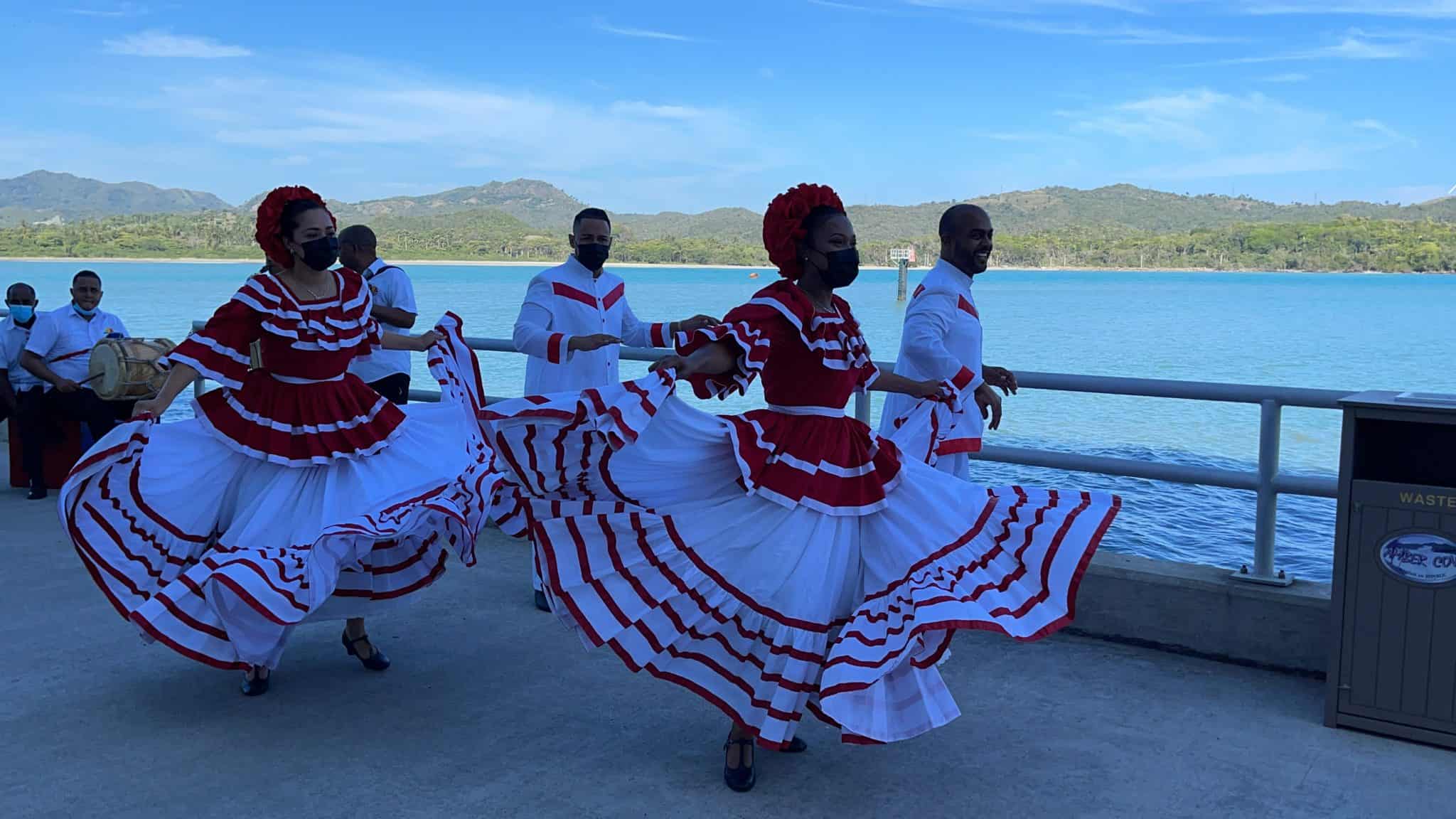 As is the custom when a cruise ship visits a port for the first time, a plaque exchange ceremony was held upon Mardi Gras’ arrival, where local government officials exchanged plaques with Carnival executives and ship officers. 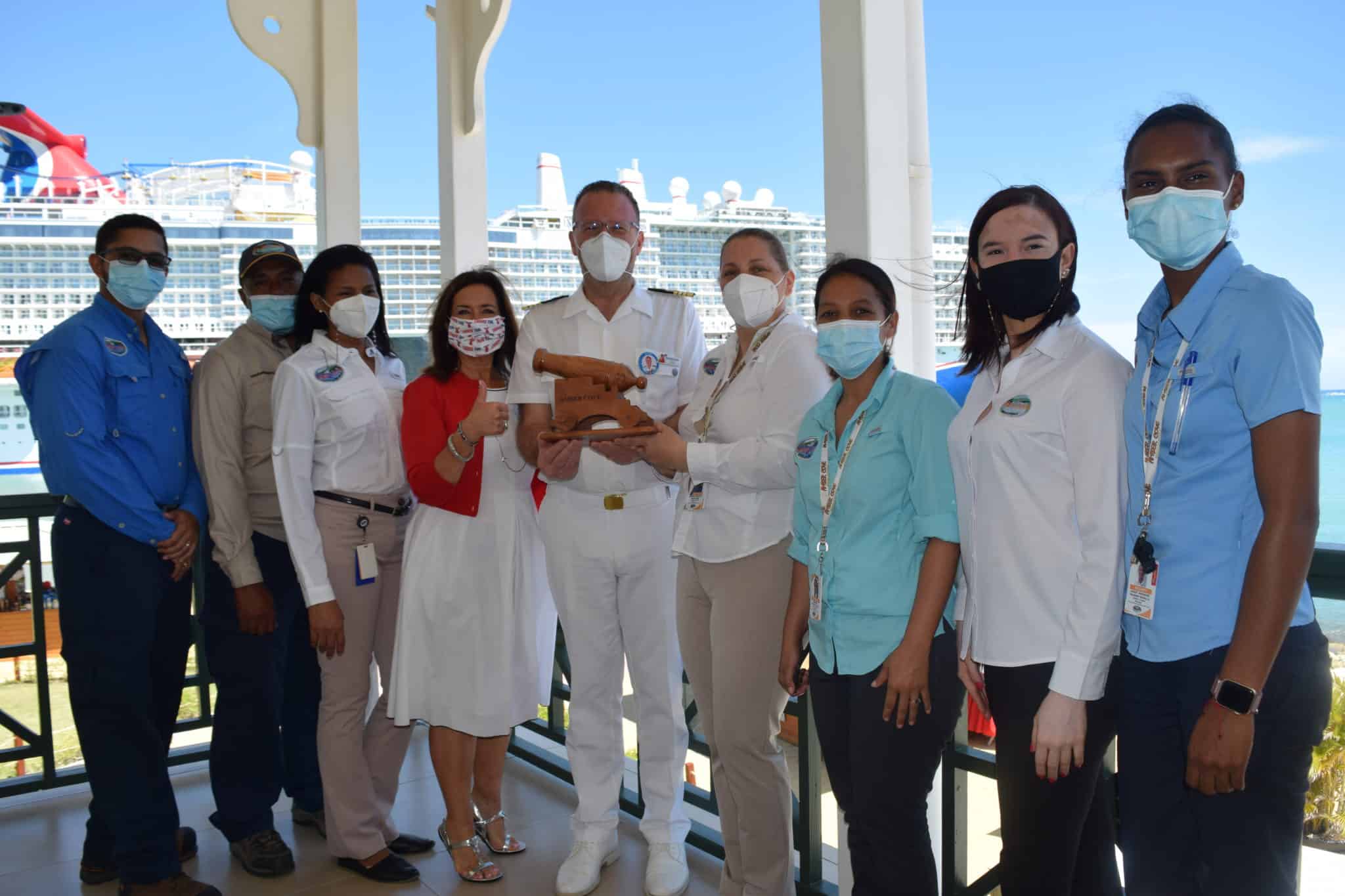 “We are delighted to begin our Mardi Gras sailings and offer guests an opportunity to experience all of the beauty of Amber Cove while providing a much-needed boost to the local economy,” said Christine Duffy, president of Carnival Cruise Line.

“The restart of cruising in Amber Cove has such a wide-reaching impact and on behalf of Carnival, I would like to personally thank our partners at Amber Cove for their hospitality in welcoming our guests.”

Amber Cove is a cruise terminal and port area in the northern Puerto Plata province of the Dominican Republic. It was developed by Carnival Corporation, although some cruise lines that are not under that company’s umbrella use the port on occasion, such as MSC Cruises and Norwegian Cruise Line. Amber Cove was completed and began welcoming cruise ships in 2015. 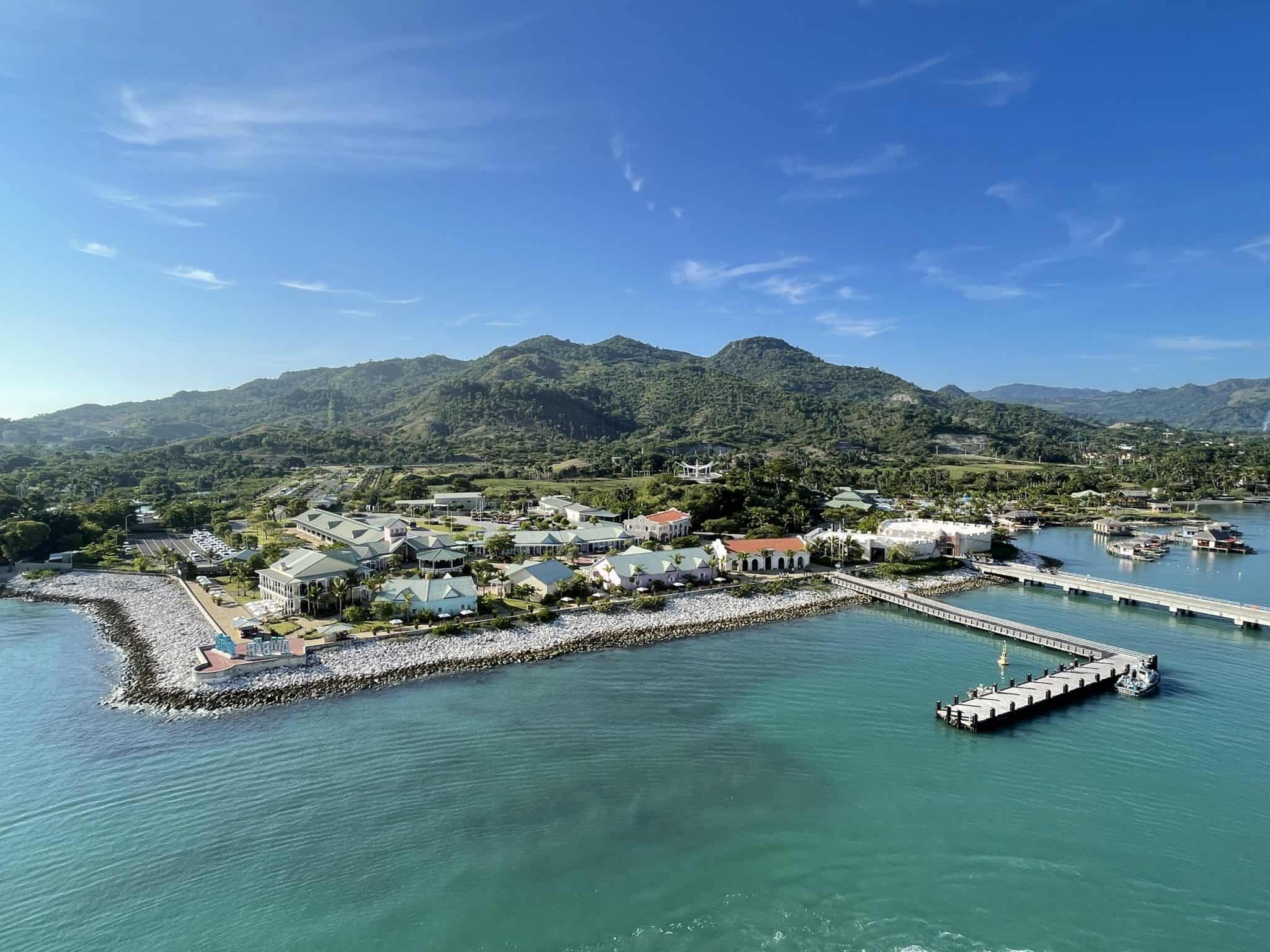 Mardi Gras is Carnival’s newest and largest ship t0-date, coming in at just over 180,000 gross tons. She can hold 5,282 passengers at double occupancy.

Highlights of the vessel include the BOLT roller coaster, the two-story RedFrog Tiki Bar, a WaterWorks aqua park, a Family Feud game show, the adults-only Serenity Retreat, and a large variety of complimentary restaurants.

READ NEXT: Carnival Cruise Line to Require Indoor Masking, Testing For All Passengers

Send this to a friend
Hi, this may be of interest to you: Mardi Gras Makes Inaugural Call at Amber Cove, Dominican Republic. This is the link: https://cruiseradio.net/mardi-gras-inaugural-cruise-call-amber-cove/