MSC Cruises has officially christened their newest ship, which has been purpose-built for the North American market – MSC Seaside. During the event in Miami last night, they also announced partnerships with the Andrea Bocelli Foundation and restauranteur Joe Bastianich.

To celebrate the coming into service of the “ship that follows the sun,” the cruise line held a traditional christening ceremony in PortMiami. Headlining the entertainment for the ceremony was multiple Grammy winner Ricky Martin. Beloved by fans around the world, he encompasses the international spirit of both MSC Cruises and the city of Miami.

Making a guest appearance was Miami football legend Dan Marino, who was with the Miami Dolphins for 17 years. Earlier this year, MSC signed a partnership with the Dolphins, and became the team’s official cruise line. Last night, Marino presented MSC Cruises USA President Roberto Fusaro with a signed football helmet, to be displayed onboard the ship as a symbol of the partnership.

The finale of the evening was the tradition of breaking a bottle of champagne over the bow of the ship, as MSC Seaside was officially named aloud. The vessel’s godmother, Sophia Loren, presided over the naming. She is now godmother to her 12th MSC Cruises ship. As one of the most celebrated Italian actresses of our time, she’s basically a part of the MSC Cruises family.

In charge of the entire evening was actor and American TV host Mario Lopez, who served as Master of Ceremonies. Lopez also welcomed guests to the festivities on the “Blue Carpet,” where celebrities gave interviews, took photos, and met the crowds. 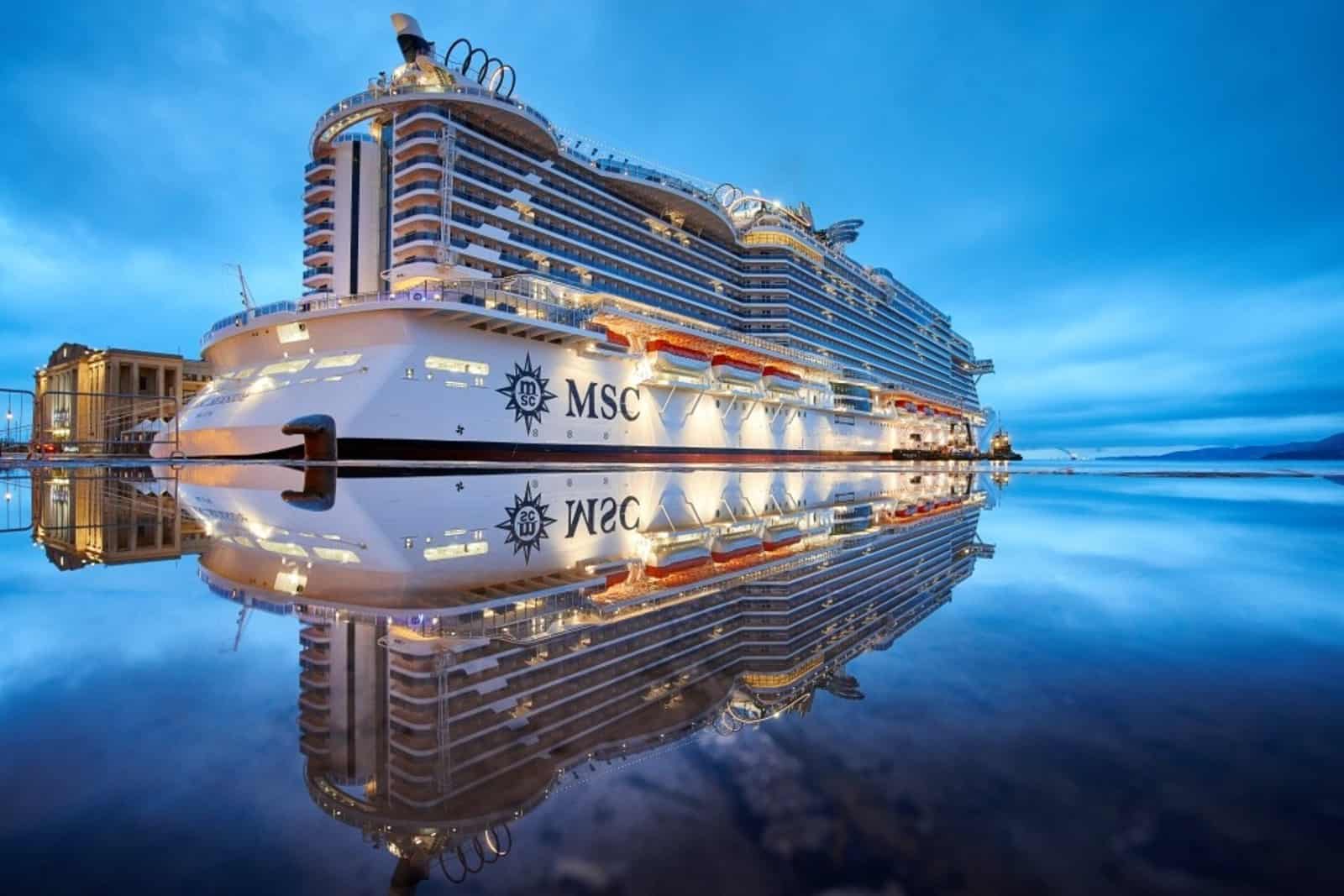 MSC Cruises announced a partnership with the Andrea Bocelli Foundation, where guests’ donations will support ABF’s valuable work in Haiti – one of the poorest countries in the world. Every dollar donated onboard by a guest will go directly to the foundation, where they are establishing schools that become community centers and launching projects like the Mobile Clinic that provides health care assistance, clean water, lighting, and agricultural development.

To mark the launch of the partnership, none other than Andrea Bocelli himself took to the stage during the naming ceremony with 30 children from the Voices of Haiti, which is a choir of Haitian school students from 6 to 14 that bring music into the schools of the ABF and St. Luke Foundation for Haiti.

“The sea is a place of freedom; it is the guardian of fascinating wonders, of answers that help us grow. Being an artist means being an explorer. It is therefore a particularly joyful opportunity for me to bring on board my singing and most importantly the voices, joy and enthusiasm of the children’s choir the ‘Voices of Haiti,’” said Andrea Bocelli. “This choir is the result of one of the educational projects carried out, in Haiti and beyond, by the Foundation bearing my name.”

In collaboration with the Andrea Bocelli Foundation, the project with MSC aims to reach over 2,550 children in five Haitian communities.

Also at the ceremony, MSC announced a new partnership with Joe Bastianich – an award-winning restauranteur, author, and TV personality with thirty successful restaurants around the world. Bastianich will become the newest addition to MSC Cruises’ lineup of chef and restauranteur partners, and will create a signature dish just for MSC Seaside that will be on the Elegant Night menu.

High quality dining is one of MSC’s key highlights, and Seaside is taking that to the next level with six specialty restaurants. One of those is a brand-new experience from pan-Asian chef and culinary pioneer Roy Yamaguchi, which whom MSC created the Asian-Fusion concept Asian Market Kitchen.