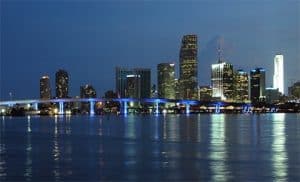 Miami is going to be the homeport of one more ship, the 4,000-passenger Norwegian Getaway in 2014. In a joint press conference between the Port of Miami and Norwegian Cruise Lines it was announced that the ship will be homeported in Miami and itineraries will be announced later this year.

“PortMiami is pleased to be the home of the most modern and innovative ships on the seas today.  Norwegian Getaway will be a great addition to our fleet,” said Miami-Dade County Mayor Carlos A. Gimenez.  “We are anxious to welcome Norwegian Getaway to the Cruise Capital of the World.”

The new ship means dollars for the local economy.