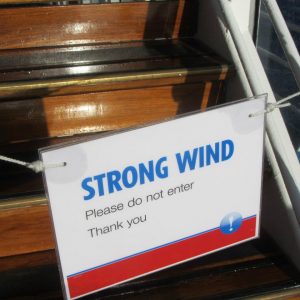 A poll announced this week by Cruise Critic, the world’s largest cruise reviews site and cruise community, reveals that 58 percent of cruisers say the threat of hurricanes won’t stop them from cruising, and a further 19 percent haven’t ruled it out entirely.

The National Oceanic and Atmospheric Administration (NOAA) prediction* for the 2012 Atlantic hurricane season – which starts on June 1 – is for a less active season compared to recent years with a near-normal number of named storms expected this year.

“Cruise ships operate year-round in some of the most hurricane-prone regions in the world, yet the chance of actually experiencing a hurricane during a cruise is very slim as cruise lines will re-route ships away from the path of a storm,” explained Carolyn Spencer Brown, Cruise Critic editor in chief. “This means itineraries may be changed, and you might experience some rainy days and choppy seas, but hurricane season deals, which offer some of the best prices of the year, will entice cruisers to sail despite the threat of disruption and a cloudy day or two.”