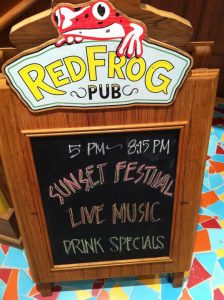 Carnival Cruise Lines’ newest ship Carnival Magic will arrive in Galveston, Texas on Sunday where she’ll homeport year-round. Carnival will kick off the ship’s arrival on Sunday with a pierside concert by Maroon 5 followed by festivities.

Adam Levine, Maroon 5 frontman and coach on the hit NBC series “The Voice,” said, “We’ve played every kind of venue imaginable across the world, but we’ve never helped to launch a new cruise ship. We’re excited to work with Carnival and to be part of the Carnival Magic celebration for fans in Texas.”