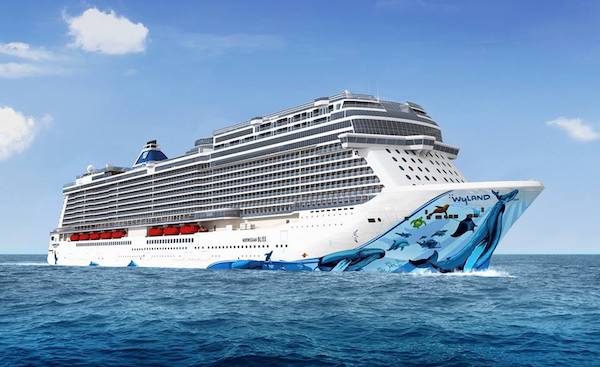 Norwegian Cruise Line has officially cut the first piece of steel for their newest ship, purpose-built for Alaska – Norwegian Bliss.

Norwegian and Meyer Werft executives gathered at the shipyard’s laser center in Papenburg, Germany on October 28 to mark the official beginning of construction.  In the photo below, Norwegian CEO and president Frank Del Rio pressed the start button of the cutting machine, commencing construction.  The first plate of steel was cut by a plasma torch in the yard’s facility, and will become part of the first 81 blocks that will make up the new vessel. 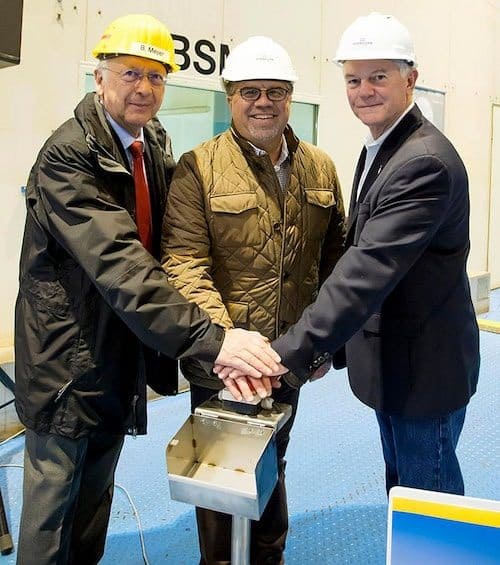 The third ship in the Breakaway-Plus class, Norwegian Bliss is the first cruise ship that will be custom-built for the ultimate Alaska cruise experience, and the first Norwegian ship to debut in Seattle.  The vessel will accommodate 4,000 guests, and sail weekly seven-day cruises each Saturday from Pier 66 in Seattle.  The itinerary will include calls in Ketchikan, Juneau, Skagway, and Victoria, BC, along with scenic glacier cruising.  The hull artwork is designed by Wyland – one of the world’s premier marine life artists.

Norwegian Bliss will also come with exhaust gas scrubbers, which decrease air emissions, including the reduction of up to 99 percent of sulfur into the atmosphere.  Reservations for the ship begin January 2017, and she will be delivered in spring 2018.