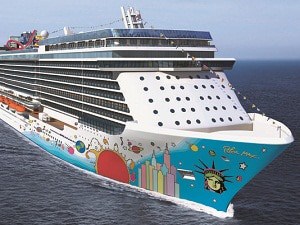 Norwegian Cruise Line  today announced several new environmentally-friendly and technologically advanced innovations on its newest ship, Norwegian Breakaway, currently under construction at MEYER WERFT in Papenburg, Germany. Norwegian Breakaway will incorporate a number of emission reducing, energy saving and enhanced safety systems which will be in use when the ship is delivered on April 25, 2013.

For more information on the incredible features and accommodations on Norwegian Breakaway, visit www.breakaway.ncl.com.