Norwegian Cruise Line joined its competitors in announcing that their ships will not be welcoming guests until May 11. This also includes the company’s Oceania Cruises and Regent Seven Seas Cruises brands.

The original plan had been to welcome guests back to Norwegian’s fleet of ships beginning on April 12, 2020. 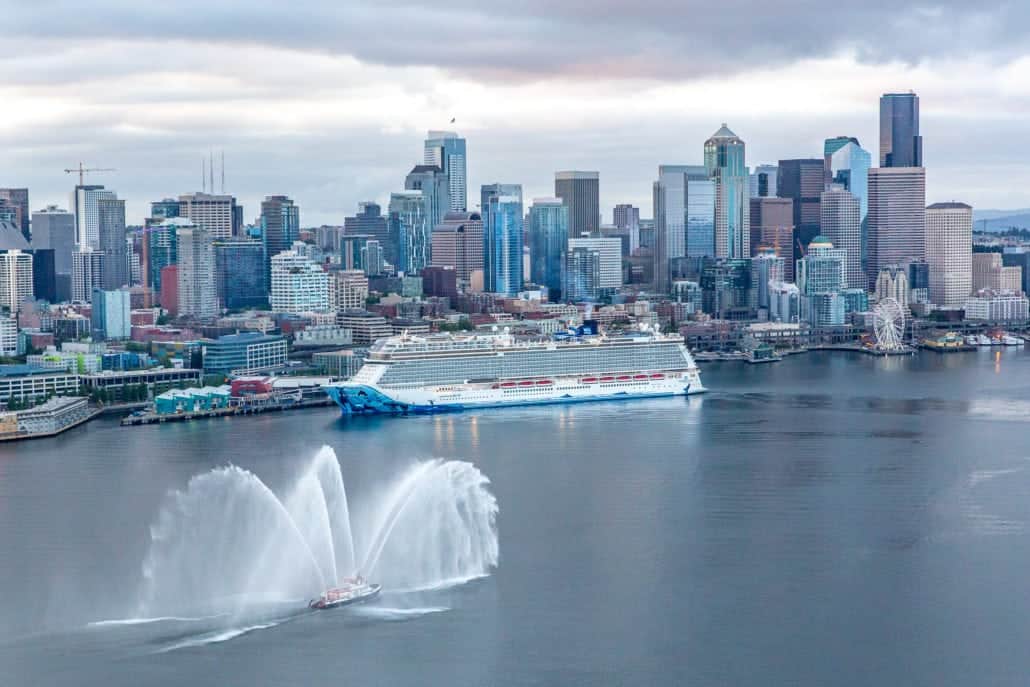 For the moment, Norwegian’s fleet of ships — including the Bliss, seen here in Seattle — will remain empty of passengers. (Photo courtesy of Norwegian Cruise Line)

All guests affected will automatically receive their refund in the form of a future cruise credit valued at 125% of the fare paid or a cash refund to their original form of payment.

Norwegian is requesting to use their online form to make your refund option.

Future cruise credits will be issued by Friday, April 3, 2020 and can be applied anytime within one year of the issue date and toward any Norwegian Cruise Line voyage through December 31, 2022.

Credit card refunds can take up to 90 days to process.

Why Norwegian Made The Difficult Decision

Over the past few days, as it became increasingly clear that ships would probably not be returning to service as soon as expected, cruisers braced themselves for the bad news.

Royal Caribbean became the first to announce they were extending their suspension of services. Then Monday morning, both Carnival Cruise Line and MSC Cruises said their ships would not re-enter service until May 11 and May 29, respectively.

Send this to a friend
Hi, this may be of interest to you: Norwegian Cancels Cruises, Pushes Return Date Back. This is the link: https://cruiseradio.net/norwegian-cancels-cruises-pushes-return-date-back/