Norwegian Cruise Line has announced the final episode of its EMBARK — The Series web show.

The episode, entitled “Adventure Awaits,” will give viewers a front row seat to the west coast debut of Norwegian Encore as she began her first season of sailings to Alaska.

The journey began in Seattle, where Norwegian Cruise Line pioneered voyages to Alaska 21 years ago. For the first time in 17 months, the line’s shipboard team was finally able to welcome guests back onboard. 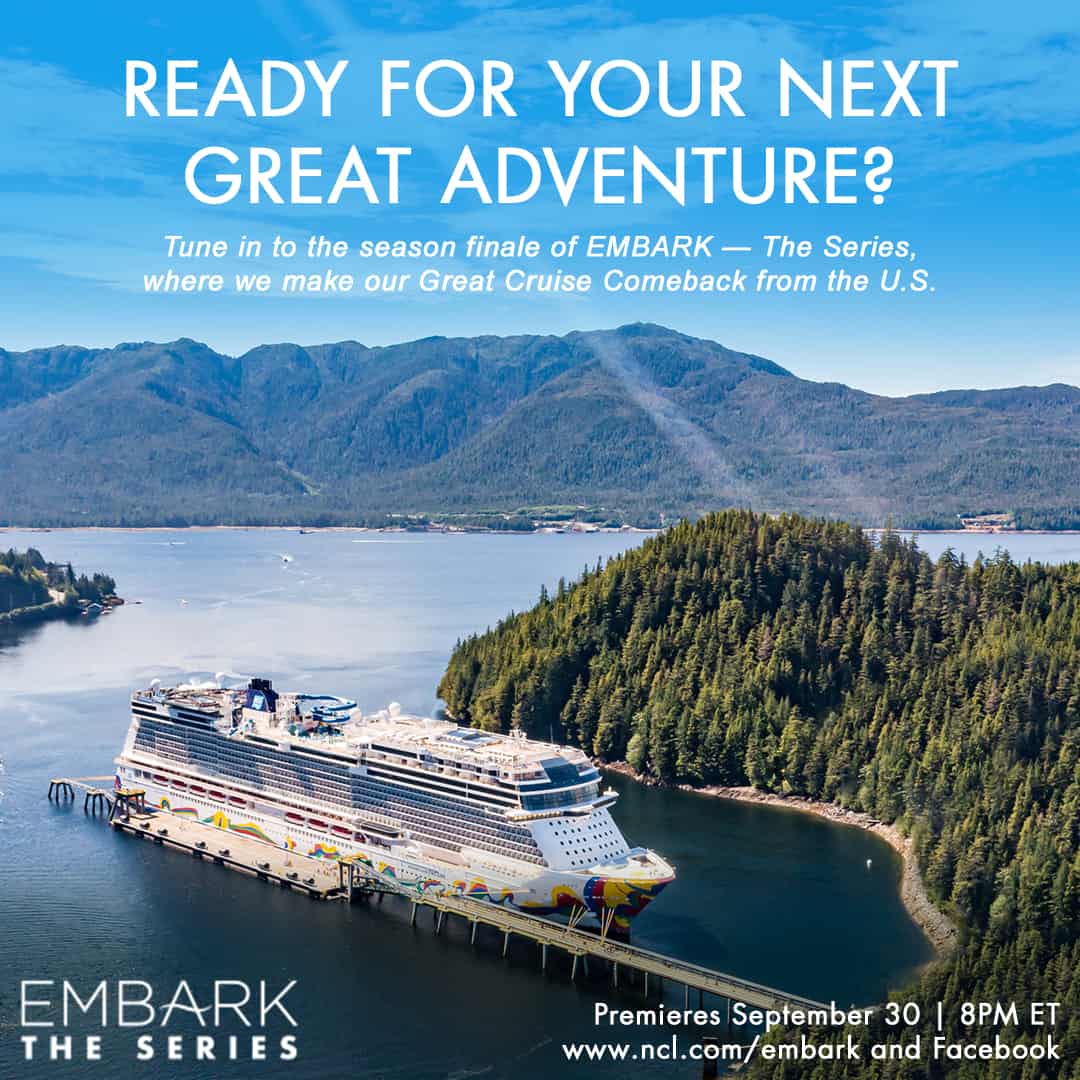 “From the beginning, we wanted to bring guests along on our Great Cruise Comeback journey,” said Harry Sommer, president and chief executive officer of Norwegian Cruise Line.

“Given the level of uncertainty over the last several months many of us have been through, we wanted to reassure travelers that we were doing everything possible to provide the safest vacation experience, while also taking the time to elevate the onboard offerings. Through EMBARK – The Series we were able to demonstrate exactly how we were delivering on our commitment. This final episode is filled with so many emotions…and what comes through loud and clear is how excited guests and our crew are to be back out at sea with us.”

The “Adventure Awaits” episode will premiere on Thursday, September 30 at 8 pm eastern time at ncl.com/embark and on the line’s Facebook page. 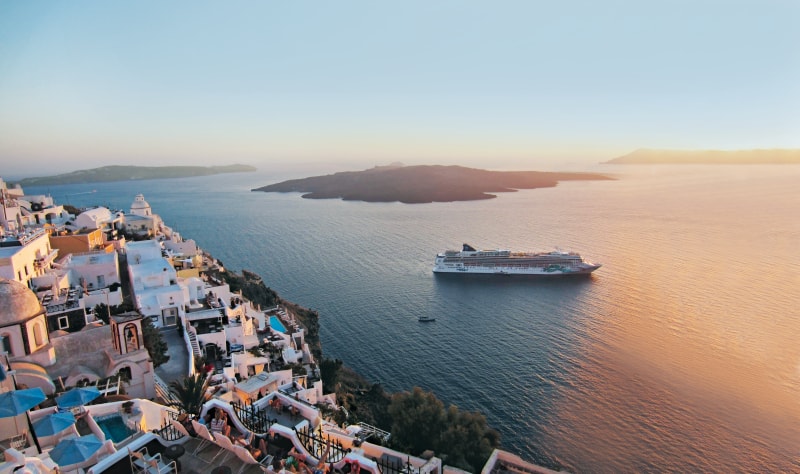 Norwegian Encore was the first Norwegian ship in the U.S. to resume cruising on August 7. On August 15, Norwegian Gem resumed sailings from Miami, setting sail from Norwegian’s new terminal at PortMiami.

Norwegian Epic resumed voyages from Barcelona on September 5, and most recently Norwegian Getaway relaunched from Rome.

Currently, Norwegian Cruise Line is still requiring that all passengers and crew be fully vaccinated. This mandate will run through at least December 31.

Half of Carnival’s U.S. Cruise Ship Fleet Back in Service

Send this to a friend
Hi, this may be of interest to you: Norwegian Cruise Line Announces Final Episode of EMBARK Web Series. This is the link: https://cruiseradio.net/norwegian-cruise-line-announces-final-episode-of-embark-web-series/