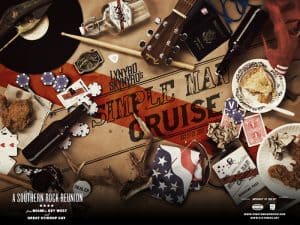 MIAMI – February 21, 2012 – Building upon its leadership position of bringing new forms of entertainment to cruisers, Norwegian Cruise Line today announced that it has formed a strategic relationship with Sixthman to work closely developing and delivering high quality music experiences at sea.

Norwegian’s rich history of innovation, particularly in the evolution of onboard entertainment began with the line’s early roots as the first to bring Broadway-style shows and celebrity entertainers aboard its ships to its most recent success with Norwegian Epic featuring brand name entertainment such as Blue Man Group, Legends in Concert, Cirque Dreams & Dinner, and Howl at the Moon, all never before offered at sea. This partnership with Sixthman provides an opportunity to continue to evolve cruise ship entertainment by offering unique musical experiences.

Sixthman, founded in 2001 by industry leader Andy Levine, has pioneered the destination event movement by hosting guests on more than 43 full-ship charters over the past 11 years. Based in Atlanta, Sixthman has partnered with artists such as KISS, Kid Rock, Lynyrd Skynyrd, John Mayer, Zac Brown Band, 311, Lyle Lovett, Barenaked Ladies, Sister Hazel and many others, as well as brands such as VH1, Graceland and Turner Classic Movies. The mix of intimate artist interaction within environments shared by like-minded communities has ignited a passionate, loyal and growing following for the cruise events and festivals Sixthman produces.

“We have been impressed with the range of events Sixthman has produced and believe strongly in this growing segment,” said Kevin Sheehan, Norwegian Cruise Line’s chief executive officer.  “Sixthman’s expertise and relationships will help us further extend our position as the leader in cruise ship entertainment.”

The new partnership allows Norwegian and Sixthman to work with the many travel partners and music and theme cruise producers in expanding this growing and exciting segment of the cruise business by delivering the highest quality, unique experience for fans.