Norwegian Cruise Line’s newest ship, Norwegian Escape, was christened on Monday at a pier side ceremony in Miami.  Thousands of guests looked on and countless around the world via live streaming as Norwegian’s CEO, Frank Del Rio, kicked off the festivities.  The ship’s broadway show After Midnight performed, and the Million Dollar Quartet was also on hand for a little show.  Guy Harvey talked about doing the artwork for the hull of the ship, and Captain Hoyt spoke as well.  The godfather, Pitbull, christened the ship and sang his hottest hits, including “Don’t Stop the Party,” “Fireball,” and “Give Me Everything” to close out the ceremony. 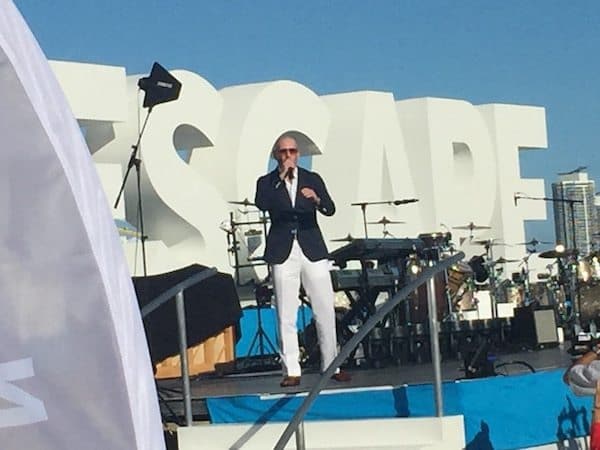 Breaking maritime tradition a little bit this time around, Norwegian Cruise Line chose Miami native and world-renowned musician Pitbull to be godfather of the new ship, whereas historically cruise ships always have a godmother.  The role of godfather means that Pitbull will figuratively preside over the ship and impart good luck and protection to it and all of its guests.  The role of godfather is a lifetime roll, and it makes sense that Norwegian would choose a Miami-native with this honor for their newest Miami-based ship. 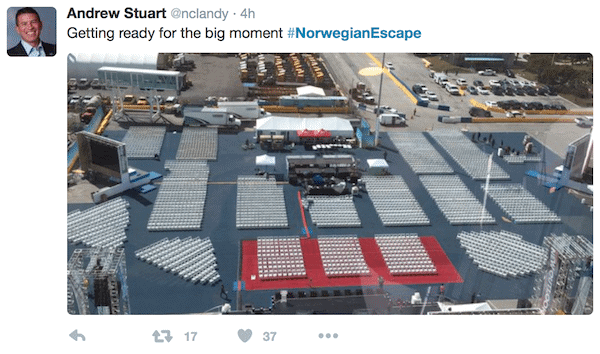 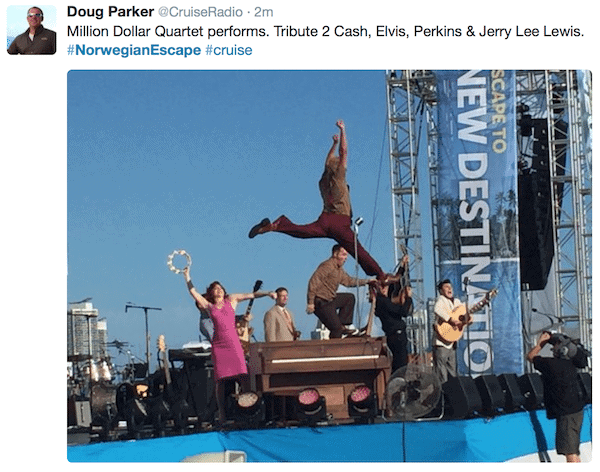 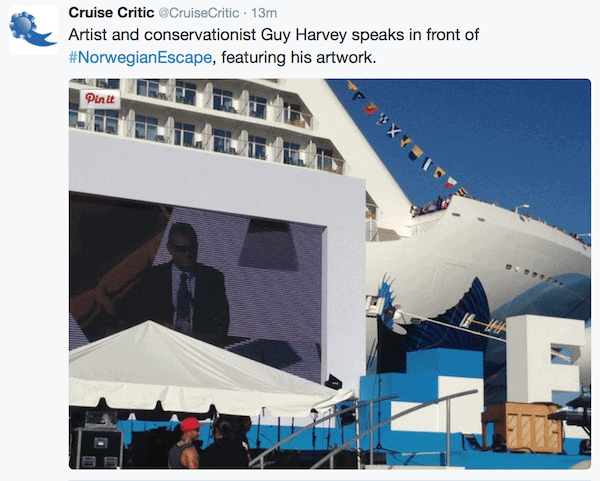 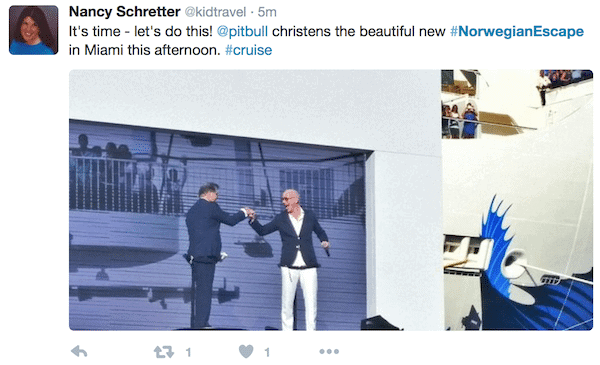 Norwegian Escape will sail weekly seven-day cruises from her year-round homeport of Miami to the eastern Caribbean beginning on November 14.  It will go to destinations in the caribbean including St. Thomas, Tortola, and Nassau.

There are three unnamed Breakaway Plus class ships on the horizon for Norwegian.  They are slated to arrive in 2017, 2018, and 2019.  The first one was previously called Norwegian Bliss, but Norwegian pulled the name and is building the ship specifically for the Chinese market where she will homeport, and will announce the new name in the future.

Anthem of the Seas to Star on Dancing with the Stars