Norwegian Escape, soon to be the largest ship in the Norwegian Cruise Line fleet, departed MEYER WERFT in Papenburg, Germany on Friday, September 18 for her approximately 24-hour long conveyance along the Ems River. 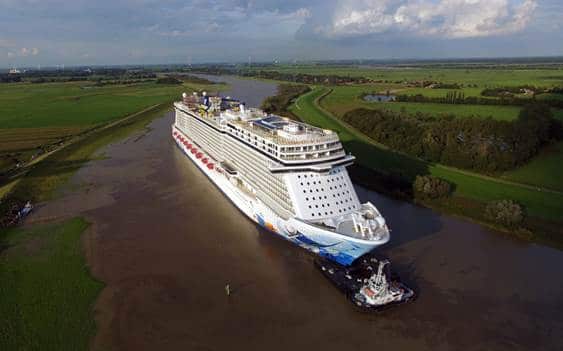 Norwegian Escape’s river conveyance marks another key milestone in the ship’s highly anticipated delivery. Measuring 1069 feet long and 136 feet wide, the ship is the first in the line’s Breakaway Plus class. Three additional ships in the class are on order at Meyer Werft.

What Happens During Conveyance? 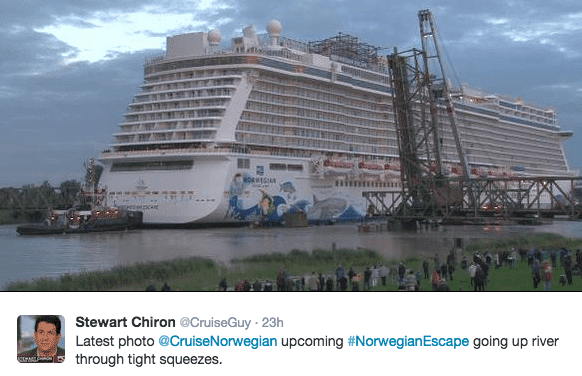 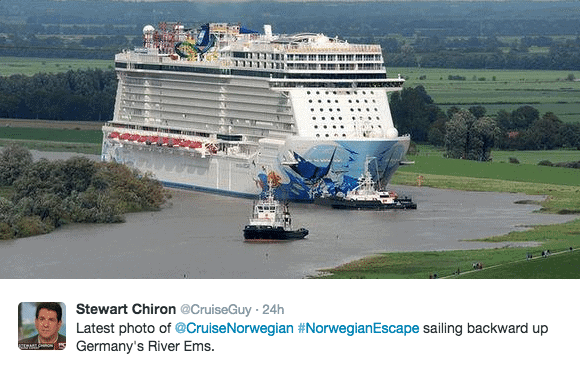 Norwegian Escape will sail weekly seven-day cruises from her year-round homeport of Miami to the Eastern Caribbean beginning on November 14, 2015.

DreamWorks Experience on Anthem of the Seas

Send this to a friend
Hi, this may be of interest to you: Norwegian Escape Leaves Shipyard. This is the link: https://cruiseradio.net/norwegian-escape-leaves-shipyard/