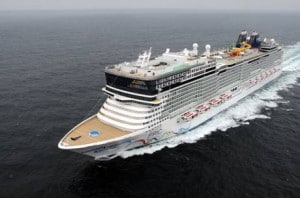 MIAMI – March 12, 2012 – Norwegian Cruise Line, in partnership with Allin Interactive, is launching a revolutionary smart phone application which will allow iPhone, iPad, Android and Windows7 users to interact with Norwegian Epic’s on board guest information and service systems during their cruise. The application will also give guests the ability to communicate with other smart phone users via voice and text message on the same sailing.

Guests who download the free application will be able to conveniently interact with Norwegian Epic’s systems from anywhere on board using their smart phone to make shore excursion and dining reservations, gather information about on board services and review their folio activity all from the palm of their hand. In addition, Norwegian iConcierge will be the industry’s first mobile application that allows guests to easily find and communicate with fellow cruisers. Guests who have the application installed on their SIP capable smart phones will be able to make and send unlimited calls and messages to each other while on board, at an introductory rate of $7.95 for the entire sailing.

Norwegian iConcierge is a free download and will soon be available through Apple, Android and Windows7 smart phone application stores. Currently, the application is exclusively for guests sailing on board Norwegian Epic beginning March 24, 2012 but deployment to the remaining fleet is expected in the near future.

Enhancements to the application for near-term deployment also include ship-to-shore and shore-to-ship calling capabilities using advanced voice over IP technology.  Currently, “off-ship” calls using the existing cellular networks can be costly, but soon, Norwegian iConcierge users will have the opportunity to make even these calls at much more affordable rates.

Costa Allegra to be sold or scrapped