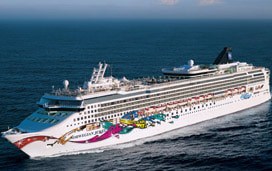 Norwegian Jewel is set to make her Alaska debut on May 19, 2012, marking the first time Norwegian Cruise Line has placed two Jewel-class ships there.

To sweeten the Alaska sailings a little more, starting today through February 19, 2012, Norwegian is giving guests a mini-suite for the price of a balcony, reduced deposits, same category upgrades, plus e-coupons $400 in value that can be used before the end of the year.

Also, the 2,394-passenger Norwegian Pearl is returning to Seattle offering seven-night Glacier Bay cruises from May 13, 2012 to September 9, 2012.