Departing October 21 from Miami aboard Norwegian Escape, guests will be able to meet marine artist Guy Harvey himself and participate in activities about ocean conservation and education.  They’ll listen in on expert-led discussions about conservation and shark tagging and tracking – including the making of a shark documentary – enjoy live painting with Guy, and more.  Each day will have a theme, from “Guy Harvey Day” to “Save Our Sharks” and more. 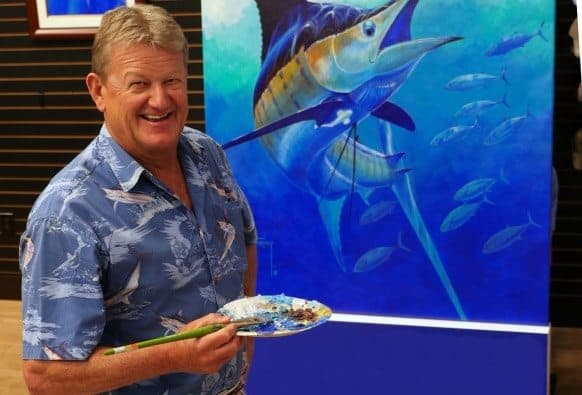 Those looking to spend some time in the casino can participate in the Guy Harvey Ocean Foundation slot tournament, where the funds from the buy-in will benefit the foundation’s research and conservation initiatives.  All attendees on the sailing will also receive Guy Harvey swag with unique items, including a special issue of the Guy Harvey Magazine.

Featuring Guy Harvey’s beautiful work on her hull, Escape is the largest ship in the Norwegian fleet.  On this voyage, guests will set sail for St. Thomas, Tortola, and Nassau.  The ship features 27 dining options, 21 bars and lounges, a ropes course, aqua park, and dedicated adults and kids-only spaces.

For more information on the special sailing, visit ncl.com/guyharvey.