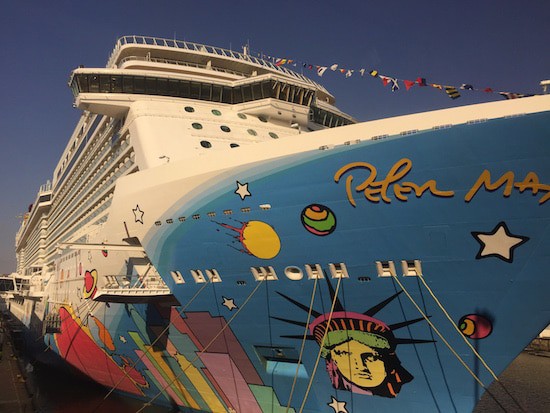 Norwegian Cruise Line announced today that they’re expanding their partnership with Jimmy Buffet’s Margaritaville.  This comes as another part of The Norwegian Edge; a $400 million investment program to enhance the onboard experience.  What does the expansion mean?  For now, it means that two new Margaritavilles are coming to sea – aboard Norwegian Getaway and Breakaway.

Already aboard Norwegian’s newest ship, Escape, Margaritaville at Sea aboard two more ships will bring nostalgic island moments to life, with a tropical menu including the Cheeseburger in paradise, and Who’s to Blame Margarita.  The eatery is open-air and offers beautiful ocean vistas.

We are excited to expand our relationship with Norwegian Cruise Line, allowing even more guests to escape to the Margaritaville state of mind, said John Cohlan, CEO of Margaritaville. Norwegian shares our philosophy that combines fun with exceptional service and we look forward to continuing to take this partnership to new sea levels.

Margaritaville at Sea will open September 18 aboard Norwegian Getaway where Flamingo Grill used to be, and on October 9 on Breakaway in the former Uptown Grill.

Norwegian Breakaway sails from New York City year-round, offering cruises to Bermuda and the Caribbean.  Norwegian Getaway, Breakaway‘s sister ship finds her home in Miami, and is currently operating seven-day western Caribbean sailings.  In summer 2017, she will return to Europe for the first time since her delivery, and sail the Baltic Capitals from Copenhagen.