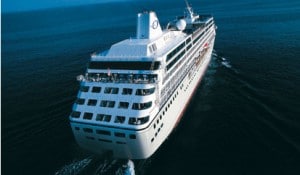 Today, Oceania Cruises announced changes to its 2013 Alaska sailings on Regatta including the addition of a new 14-day Pacific Exploration voyage roundtrip from Seattle on June 4, 2013. The new itinerary features calls into Kodiak, Hoonah and Seward as well as cruising Alaska’s Inside and Outside Passages and the awe-inspiring Hubbard Glacier.

The new Pacific Exploration voyage combines two originally scheduled seven-day sailings on June 4 and June 11, 2013. The company also amended its June 28 and July 5, 2013 Coastal Alaska sailings to now begin and end in Seattle. The changes were made based on feedback from the line’s guests and travel partners.

Oceania Cruises always features two-for-one cruise fares and free air delivering additional value to guests especially at a time when air costs are rising. The line is also offering bonus savings of up to $3,000 per stateroom, two-for-one deposits and an Unlimited Passport Collection shore excursion promotion valued at up to $999 per stateroom on select sailings that are booked by December 31, 2012.

Travelers will discover Alaska aboard Oceania Cruises’ 684-guest Regatta – an intimate ship acclaimed for its open-seating gourmet dining (no surcharges), luxurious public rooms and accommodations, and warm and attentive service.