Oceania Cruises announced earlier this week that their pulling 9-night voyages out of the Mediterranean for Fall 2012 and replacing them with Canada/New England sailings. 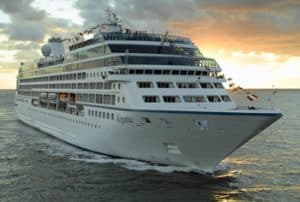 “Our 2011 Fall Foliage cruises have been so well received by our travel agent partners and their clients that we decided to redeploy Regatta from Europe to Canada and New England in fall 2012,” stated Bruce J. Himelstein, Oceania Cruises’ president. “These new voyages offer exceptional value with two-for-one fares and free roundtrip air.”

On this week’s episode of Cruise Radio, I asked cruise-expert Stewart Chiron if these itinerary changes are an effect of a weakness in the Mediterranean region. He replied, “There’s a weakness but it will provide some better opportunities.”

Oceania Cruises doesn’t stand alone in this move, Royal Caribbean is redeploying Navigator of the Seas back to the Caribbean for the 2011-12 Winter/Spring season. It was also announced earlier this week that Costa Cruises is removing Egypt and Tunis from sailings in 2012.

Currently Oceania Cruises operates four cruise ships and one under construction in Italy.