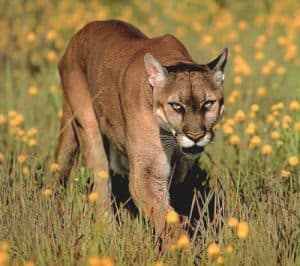 So I see them out all the time at the clubs where we do radio station events, I am talking about cougars.  No, not the animals. I am talking about women in their 40’s or older scouting out younger men.  They are actually quite comical to sit back and watch as they sharpen their claws and prey on the under 25 crowd.

The first and last annual Cougar Cruise on one of Carnival’s ships took place Dec. 3-7, 2009.  Since then, the Miami based Carnival Cruise Lines announced it would no longer participate in the ‘Cougar Cruise.’

Carnivals officials said it wasn’t anything that the ‘cougars’ did in particular while aboard, it was just a decision they made NOT to book on this certain theme in the future.

Industry experts speculate that it’s because Carnival Cruise Lines is known for their family ‘FUN’ ships.

Could that leave the cougars on the prowl for a ship?

The cougars will now be preying on the Mexican Rivera this year aboard Royal Caribbeans ‘Mariner of the Seas,’  May 16-23.

Do you think Carnival pulled the plug for a certain reason?

Because its SO Cold Outside