Norwegian Breakaway was floated out this morning at Meyer Werft shipyard in Germany, after spending 17 months under construction in dock II. 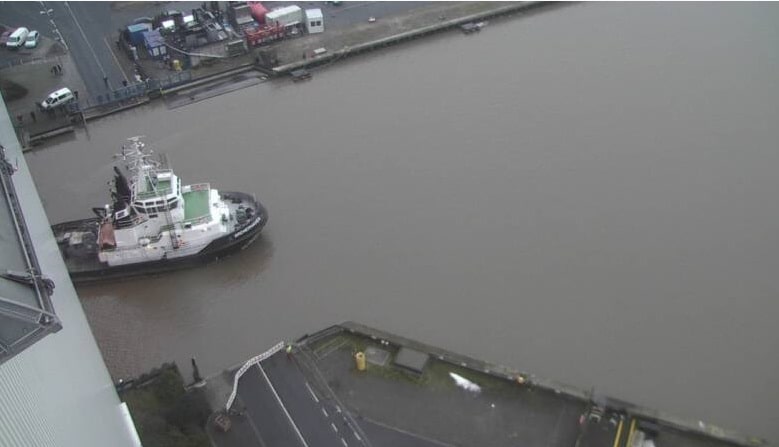 The tugboat hooks a line to the bow to guide Norwegian Breakaway.

The 145,000-ton vessel will undergo a series of tests over the next few weeks in preparation for her transatlantic crossing and year-round deployment from NYC, offering guests Caribbean and Bermuda sailings. 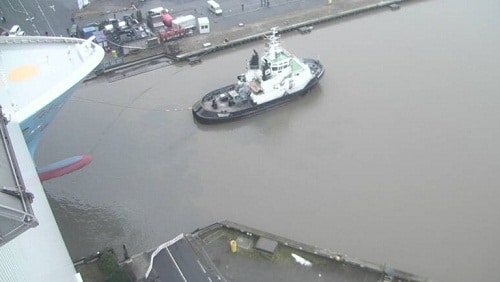 The 4,000-guest vessel will boast some of the best dining features at sea complete with Celebrity Chefs and some of Broadway’s hottest shows. 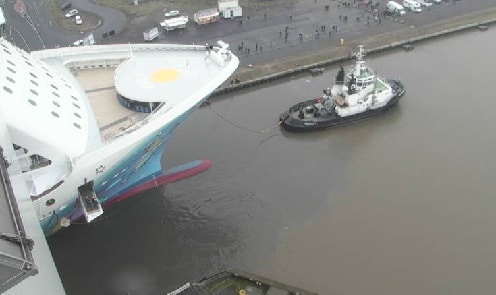 The hull was painted by New York-based artist Peter Max. 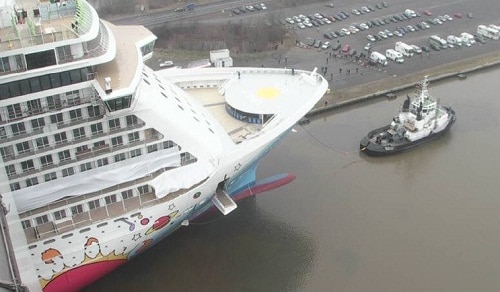 The ship’s conveyance down River Ems and into the North Sea is scheduled to take place early March. 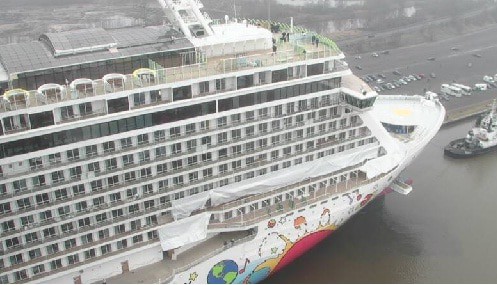 Video: Disney Wonder Returns to Alaska in May