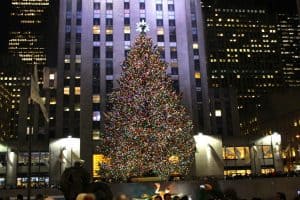 There’s never a bad time to take a vacation, but sometimes, there’s a better time of year to take one. The best example of this: New York City at Christmas. New York’s a great destination anytime of the year (especially now as more and more cruise ships call it home year round), but there’s something special about the Big Apple during the Holiday season; no city wears Christmas quite like New York City.

Whether you’ve experienced this holiday magic or not, we have you covered. We’ve broken down some of the biggest holiday highlights into manageable categories:

Decorations. Nobody decks the halls like New Yorkers. And they don’t just deck their personal halls, they deck the whole city. 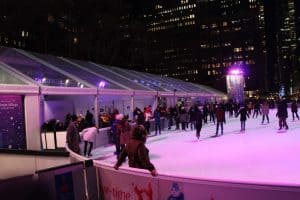 Activities. There are tons of holiday themed activities available in New York ranging from active to sedentary. Some of them are even the stuff dreams (or really good Christmas movies) are made of.

Christmas Markets. In the tradition of the world-famous European Christmas Markets, New York City offers its own spin on this Christmas tradition. Filled with boutique style booths, sweets and tasty treats, each market offers something special for you and your Christmas list. We’ve listed the locations of the top 5 NYC Christmas markets: 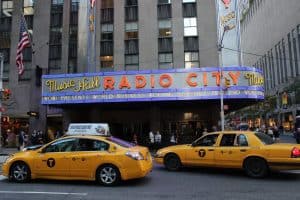 It could take you several days to see and do everything on our list (and it’s just the tip of the iceberg). Start planning for next Christmas and don’t forget your walking shoes. And maybe we’ll see you in New York City next Christmas.

What are your favorite things to see and do in New York City at Christmas time?