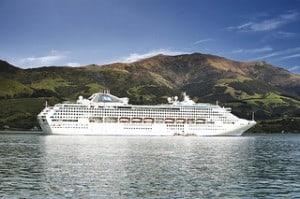 Princess Cruises announced today that they will deploy their 2,022-passenger Sun Princess to Japan in 2013 under an 87-day program.

The unique itineraries have been customized for the Japanese vacation market, and will launch with the most significant national holiday of Golden Week, a nine-day cruise on April 27, 2013 which includes two days in Hakata during the renowned Dontaku Festival.

“Our new Japan deployment is three times larger than that of any competitive international cruise program, with superior itineraries specifically designed for the Japanese market,” said Alan Buckelew, Princess Cruises president and chief executive officer. “It’s the very first time a global cruise line is offering a full season of cruises from April to July designed specifically for passengers from Japan. We believe that our unique itineraries and onboard experience will prove extremely popular and will help to introduce cruise vacations to a growing number of Japanese vacationers.”

Related Topics:Princess Cruises Japan
Up Next