Boston’s top instagram dogs Nacho (@NachoDogg) and Bear (@KnoxandBear) were invited onboard Queen Mary 2 to check out the new kennels on the remastered ship when it visited Boston this week.

Cunard’s flagship liner sailed into port to debut its large refit, which cost around $132 million.  It features a new modern interior, which takes much inspiration from the original Queen Mary, but with a modern twist.  Queen Mary 2 is also the only passenger vessel to carry dogs and cats, and has expanded its kennel service with the refit; adding 12 for a total of 24.  Additionally, the kennel area now features an owner’s lounge, new pet playground, and a historic British lamppost and American fire hydrant so dogs from both sides of the pond will feel at home. 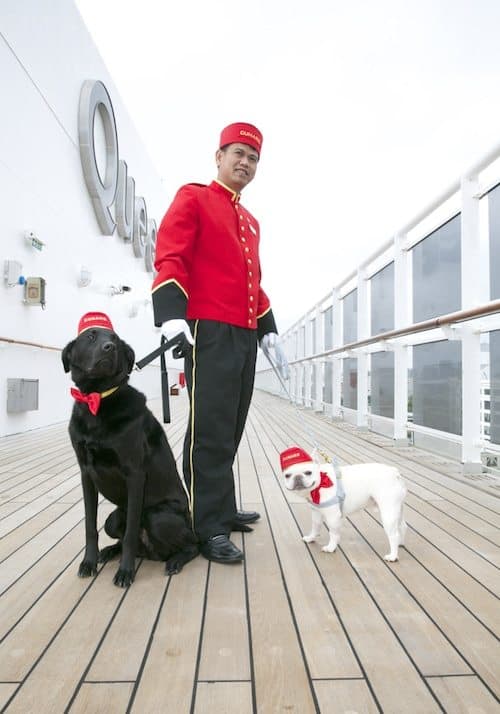 Cunard has been pet-friendly for 176 years, dating back to the maiden voyage of the Britannia in 1840 when the ship sailed with a cow to provide guests with fresh milk.  Famous dogs have traveled aboard the ship over the years, and the tradition continues with some of Boston’s most popular dogs, who visited the ship to test out the new kennel area.

The refit was conducted in Hamburg, at the Blohm + Voss Shipyard – one of the only ones in the world which is big enough to hold Queen Mary 2.  It was a 24-hours a day job, with over one million man hours put in over a 25-day period.  To learn more about the remastering, check out this article.

Puerto Rico Gears Up to Break Another Record