Royal Caribbean has debuted a sweepstakes that is themed off of the frustration and hassle that is a parking ticket.  There’s about 214 million registered drivers in the US, and a good majority of them end up getting parking tickets at some point in their life.  The cruise line has launched a “Ticket to Adventure” promotion, and is on a mission to allow guests to “park it” onboard Harmony of the Seas.

The world’s largest cruise ship will make her debut in the US in November, and individuals from across the country c an enter to win 1 of 55 trips for two aboard the ship during an exclusive preview sailing out of Fort Lauderdale.  While at the promotion site, consumers can virtually explore the ship’s features and seven neighborhoods, and enter to win other prizes including a 7-night Caribbean cruise for four, one of over 150 GoPro HERO4 cameras, over $40,000 in gift cards, and more.

READ MORE: A Look at Harmony of the Seas’ Ultimate Abyss 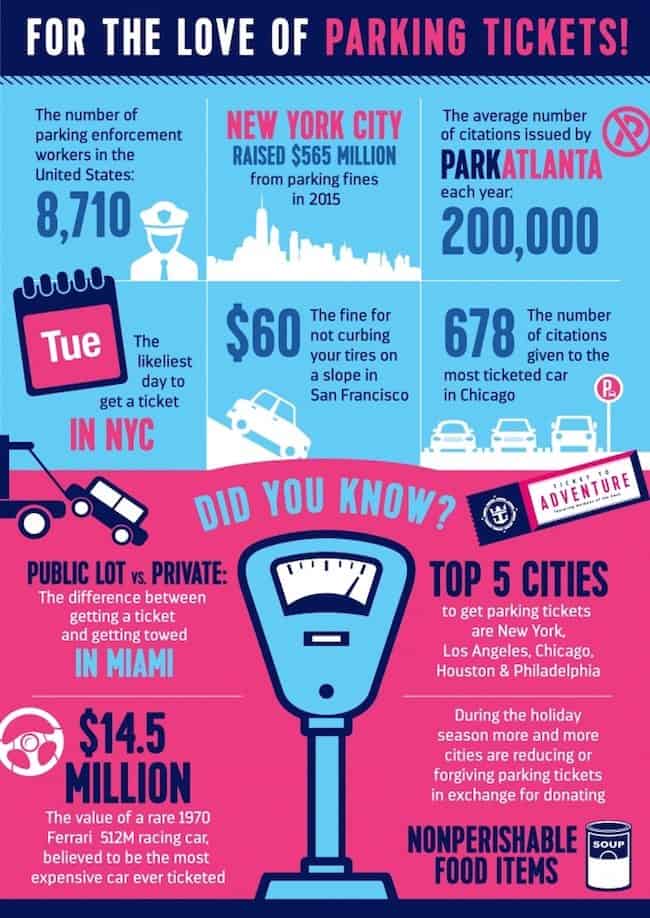 Harmony of the Seas has some of the world’s best features, including the latest technology, thrilling experiences, and the iconic seven neighborhood concept that was introduced on the Oasis-class ships.  It spans 16 decks and carries 5,497 guests.