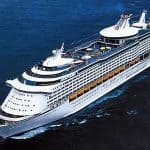 Either Europe is looking strong for 2014 or Royal Caribbean is really brave as the line just announced a total of eight ships sailing of waters of Europe for next season.

Royal Caribbean’s 2014 Northern Europe cruises will open for booking on March 20, 2013, followed by its Mediterranean cruises on March 28.