Popular cruise line Royal Caribbean announced last month that they’ll now start doing behind the scene tours on all of their vessels. 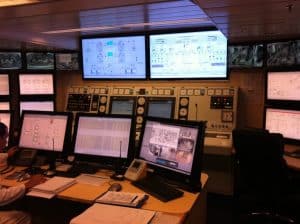 The two hour $150 ‘All Access Tour’ will consist of a guided tour through the ships galley, engine room control room, navigational bridge, backstage of the show theater and other areas that are restricted and closed off to passengers.

Princess Cruises launched their “Ultimate Ship Tour” in 2008 and Carnival Cruise Line’s launched ”Behind the Fun” in 2009. Royal Caribbean was hesitant because of “insurance reasons,” but I guess a mixture of a bad economy and getting creative to make a dollar took precedence.

Would you pay $150 for a behind-the-scenes tour of a cruise ship?