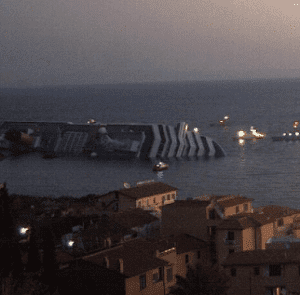 Costa Crociere and the Costa Concordia Emergency Commissioner’s Office announced that the tender for the removal of the ship from Giglio Island has been awarded to Titan Salvage in partnership with the Italian firm Micoperi. The work will begin in early May subject to final approval from the Italian authorities and is expected to take about 12 months. The plan is to float the ship and tow it away.

Titan Salvage is an American-owned specialist marine salvage and wreck removal company, part of the Crowley Group, and is a world leader in its field. Micoperi is a well-known Italian marine contractor with a long history as a specialist in underwater construction and engineering.

“We are very pleased to announce another important step toward salvaging the wreck from Giglio Island,” said Costa Crociere S.p.A. Chairman & CEO Pier Luigi Foschi. “As was the case with the removal of the fuel, we have sought to identify the best solution to safeguard the island and its marine environment and to protect its tourism. We would like also to thank Smit Salvage and Tito Neri for succeeding in defueling and caretaking operations.”

Throughout the salvage operation, environmental protection will have top priority. Once the main work is complete, the sea bottom will be cleaned and marine flora replanted.

The plan also includes measures to safeguard the island of Giglio’s tourism and wider economy. Salvage workers’ presence will not have any significant impact on the availability of hotel accommodation on the island during the summer season. The main operating base will be located on the mainland at nearby Civitavecchia, where equipment and materials will be stored, thereby avoiding any impact on Giglio’s port activities.

De-fueling operations successfully ceased on March 24, 2012. Costa Concordia hit a rock and has been laying listed in the water off the island of Giglio since January 13, 2012. The death toll is reported at 32 souls.