It is every parent’s worse nightmare, and it happened at the worst possible time of year. But this week, an 8-year-old child drowned on board Royal Caribbean’s Liberty Of The Seas. And as happens every time such a tragedy occurs on the high seas, the incident has stirred up one of the most controversial and divisive topics to light up cruise-related message boards across the web: Is it the responsibility of cruise lines to have trained lifeguards on duty at each of their pools?

As of now, only Disney Cruise Line has lifeguards posted during standard hours at the pools on their ships. For all other lines, it is essentially the responsibility of parents to watch out for their children. And inevitably, whether details are known or not, one of the first things asked by commenters in the wake of drownings is, “Where were the parents?” Despite any pleas by message board moderators or Facebook group administrators, heated debates break out between those who want to hold the parents responsible and those who say that it’s incredibly easy for anyone to become distracted, especially given the chaos of your typical pool area, and a lifeguard — whose sole purpose is to watch the area — would prevent future tragedies.

It is, of course, a difficult topic under any circumstances. We have all seen parents who treat not only the pool but other family-friendly areas of a ship as drop-off areas. Kids often run about unsupervised while their parents are otherwise occupied, with the assumption being that “someone” will keep an eye on them. Having lifeguards on duty might very well encourage even more people to use the pool as an ocean-bound daycare center, as opposed to a situation where, ideally, parents and lifeguards would work in tandem to keep an eye on a potentially dangerous situation.

The closest equivalent on land to the cruise ship pools would be found in resorts such as Walt Disney World. At the Disney resort hotels, lifeguards are often stationed at the main pools during set hours, but there are also secondary “quiet” pools at which signs clearly warn that there is no lifeguard on duty.

Should cruise lines be required to post lifeguards at their pools during standard operating hours? Is this the responsibility of the cruise line, or should parents be required to stay with their children and supervise them in the pool areas? Is there an easy answer to the problem, or is this a scenario where no matter what is done in an effort to curb tragedies, they will inevitably prove unavoidable? Hit the comments and let us know your thoughts!
photo: Flickr/joeshlabotnik 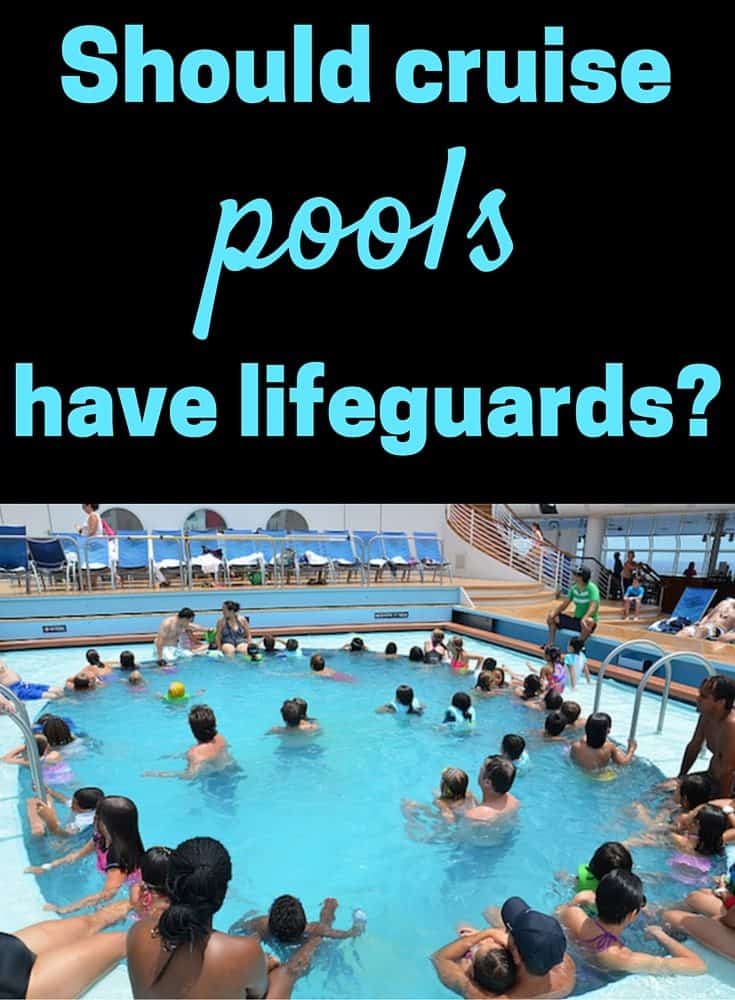