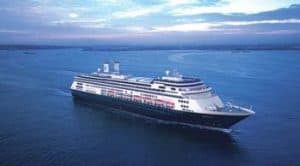 When you have had your fill of Caribbean waters and are looking for more land-based action, switch itineraries and look southeast (Asia). One destination stands out as it prepares to become Asia’s newest cruise playground.

Singapore is no stranger to hordes of tourists pounding its pavements. It received more than 9 million visitors last year, 1.14 million of which came from cruise ships. With the recent completion of Marina Bay Cruise Center, cruise throughput is expected to rise to 1.5 million travelers by 2015.

It also doesn’t hurt that Singapore enjoys a tropical climate year-round (sitting less than 100 miles north of the equator) and boasts of denser attractions per square kilometer than the Caribbean. Singapore’s compact geography, compared to the more scattered islands of the Antilles, offers loads of entertainment to travelers with not much time to squander. An Eastern Caribbean cruise means more time on board than in ports, and the few hours of layover between ports are just enough to provide a fleeting introduction to a handful of island destinations. In contrast, the same amount of travel time in Singapore affords cruise travelers to scratch the surface deeper and sample a broader cross-section of Oriental culture.

Singapore has a plethora of visitor-oriented sights, but here are some of the Lion City’s top destinations that could be explored in less time than it takes to sail from one Caribbean cruise port to another.

Singapore may be a well-worn path among land-based travelers, but the view is novel from aboard a ship. With the cruise industry planning to expand itineraries in China and Southeast Asia, Singapore may well become the seafarers’ next top destination.

The Rise Of The ‘Cold’ Vacation