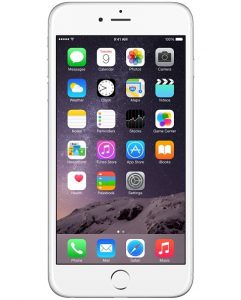 Due to popular demand we had our interview with ConnectAtSea.com transcribed so that readers could share it with their friends and family that travel. Below is the interview transcript from Brent Horwitz, Vice President of Cruise at MTN Communications talking with us about their new educational staying connected sea website, Connect at Sea.

If you want to hear the broadcast, you can listen here.

So here’s our interview:

These days, you can’t leave the house without your smartphone and now, that’s carried on to cruise vacations. Joining us now is the senior vice president and general manager of cruise for MTN Communications, Brent Horowitz. Brent, welcome to the show, my friend.

Thank you very much. It’s a pleasure to join you.

Yes, thank you for being here and answering some of our questions for us and the listeners, today. Brent, recently, MTN launched their consumer website that has been a great help to cruise passengers. It’s called ConnectAtSea.com.

The website, itself is an educational forum. It’s a net educational platform. The goal is really to help consumers understand how to connect to the Wi-Fi or how to connect generally on the vessel as long as tips along how to use your device, how to optimize it for the satellite, what do you expect in terms of what the internet experience looks like and how much does it cost.

How instrumental has MTN Communications’ been and give us a little background about it on how it’s brought internet to cruise ships because 15 years ago, this wasn’t possible.

Okay, so MTN has been around since about 1981. We were the original provider of what we called VSAT, very small aperture terminal satellite technology.

In other words, we integrate about 30 different satellite beams across the world to provide a global broadband solution for cruise ships primarily, but also to super yachts and oil and gas rigs and that sort of thing.

Our goal is to try really, to blur the lines between the ship and the shore and to try to offer a broadband solution that’s very similar to what someone experiences in their home or their office.

Those are some of the things that we’re trying to level set with the consumers, so they understand that the experience on board is just a little bit different from what they get at home.

Well, you mentioned the broadband experience and a lot of cruise passengers are like, I don’t want to pay the, let’s just say, 75 cents a minute because I’m going to get a dial up connection. But is it really dial up speed or is it quicker than dial up because they think of dial up, they’re thinking of like 1992 with AOL.

Yes, that’s right. Let me give a little bit of a background about the evolution of how this has progressed.  We started, maybe 15 years ago or so with a very, very slow connection that was literally equivalent to a dial up, maybe 128 kilobits or 256 kilobits. Now, we’re really in the realm of multiple, multiple megabits.

Years ago, prior to the revolution of people bringing their laptops or tablets or the mobile phones, the cruise lines themselves provided work stations and there were only a finite members of those. Even though that the experience was slow, there weren’t many that concurrent users on board.

What we’ve seen in the last couple of years is that the cruise lines have really invested millions of dollars in building out Wi-Fi infrastructure, in investing in a lot more bandwidths. The user experience itself was improving every single day.

Got you, very good. Well, let’s talk about the user experience because I’m just going to tell you, Brent that a couple of years ago, I took a cruise and I came home and I had a $586 cell phone bill from AT&T. What can listeners do to avoid my mistake?

Part of what we were trying to accomplish with the educational platform on the Connect at sea dot com is to provide the tips necessary for consumers to be informed. In other words, we say, for example; put your device in the airplane mode, turn off the update, disable the automatic downloads, those types of things.

But more than that, I think there’s two different ways to connect while you’re on the ship. But default on your mobile phone is probably to use the cellular infrastructure that’s on board the vessel.

The way that that works is most ships today, almost all ships have cellular infrastructure on board and they work with companies like AT&T that use hundreds of roaming relationships with different carriers. You’re right; the price that you pay on the ship is a lot higher than you would normally pay because it goes through all these roaming relationships.

Part of what we’re trying to accomplish, both through the connected fee websites, as well as through our internet café portal on board is to enable customers to switch from the mobile phone to the Wi-Fi in which he is paying a much, much lower rate as opposed to paying let’s say, $20 per megabyte or three or so dollars per minute.

It could be much, much less by using your mobile device as opposed to using the roaming infrastructure.

That clears a lot of things up. Let’s talk about the actual Wi-Fi experience on board because like on the message boards, half the people say Skype works and half of them say it’s blocked. I personally never had a problem. Is blocking apps like Skype up to the discretion of the cruise line?

It is up to the cruise line and I think increasingly, because when the bandwidth was severely constricted and because Skype has a very bandwidth intensive application, the cruise lines did everything that they could to try to block Skype and other peer to peer applications. While that may still be the letter of the law, I think it’s becoming increasingly difficult to block this type of traffic.

One of the things that cruise lines are looking to do increasingly is rather than start to block these types of sites, is really to embrace those types of things and as a result, we’re seeing a movement away from the historical way of charging which is via minute, a time-based plan into more of a volume-based or megabyte plan.

The difference there is that as opposed to blocking applications that consumers want, by explaining that you’re going to be paying on a volume, on a per megabyte basis, it just makes it more fair for the consumers to pay for the finite satellite resource that they’re using.

I think that increasingly, we’re going to see more and more of a trend to that because this was the trend of all the mobile carriers around the world. We’re moving away from the era of unlimited data plans into more of this megabyte or gigabyte packages. I expect that we’re going to see that over time in the cruise industry and I think we’re in the early phases of that right now.

Because I know Disney moved to megabyte pricing or maybe it’s by the gig pricing earlier this year, so you’re saying there’s going to be more plans like that, kind of that Disney plan where you’re actually buying gigs instead of paying x amount of cents per minute or x amount of cents per one hundred minutes?

Yes, I think that’s actually correct. Part of what we’re trying to do, megabytes and gigabytes is very hard for consumers to conceptualize.

We’re trying to make it easy for consumers to understand exactly what it is they’re buying and what’s the appropriate package for them to purchase.

Let’s talk about Facebook because I know a lot of people want to share their vacations with their family back home, basically to make them jealous. What are your thoughts about uploading pictures to Facebook and what’s the best way to do that from a cruise ship?

Clearly, I think that it’s in the cruise line’s benefit. Everybody wants to see that. Now, the real question’s how do you do this economically and when is the best time to do it?

I think if you’re paying by the minutes today, there are certain peak times in the day when all the passengers are, if they’re on short excursions, for example, the off peak time is really the optimal time to upload your photos in extensive or in as quickly a way as it could be transmitted.

The other thing that the cruise lines are doing as well, which is not obvious to the passengers is they’re moving to peak and off peak pricing for the crew and trying to shift their usage patterns away from the times that the guests primarily want to use it.

Let’s talk about apps because like my favourite app, whenever I’m cruising is WhatsApp because it lets me basically talk to anybody in the world for free and it requires very, very little bandwidth or megs like I should say, any kind of suggestions or tips for us?

Increasingly, we’re starting to see from the different cruise lines themselves are building their own types of applications. I mean, for example, we know that Disney has the navigator app, the Norwegian and some others have the iConcierge app, we know the Princess is coming up with their own app and there will be texting and other ways of communicating embedded within that app.

I think that the first thing is that cruise passengers go to travel agents really because they’re looking for that kind of expertise and I think that it’s very difficult for travel agents to have any idea about how satellites work and how all these things interrelate.

We’re really doing our best not only through the website but also through other initiatives or active members of the cruise line international association. We’ve done seminars with passengers. We’ve worked with some of the cruise lines directly to help them get engaged with the travel agents.

I think it’s really about awareness and we’re doing what we can to increase the awareness campaign, not only with consumers, also with doing seminars with crew on board and then, really at the point of consultation with the travel agents, trying to get them as informed as they possibly can.

Brent, in closing here, where could we find Connect At Sea online?

That would be www.connectatsea.com and just to sort of put it all together, I think where we are today is that at really an inflection point in the industry. We’re starting to see that the cruise lines, themselves are putting in multi-million dollar investments in building out the infrastructure, the Wi-Fi infrastructure on board the vessels.

They’re increasing the bandwidth speeds across the ships. They’re looking at new technologies like terrestrial-based connections that will increase the spend when the ships are either in port or near port and are very much focused on providing as commensurate in experience on the connectivity and internet as they are on all the other aspects of the guest experience.

We at MTN have been around for more than 20 years focused on the cruise industry and this is exactly the direction that we’re heading in, as well.

There you have it, straight from the horse’s mouth. Don’t forget to check it out at connectatsea.com. We’ll link to it at the show notes at cruiseradio.net. We’ve been talking with the senior vice president and general manager of cruise for MTN Communications, Brent Horowitz. Brent, my friend, thank you so much for spending some time with us this evening, on Cruise Radio.

Thank you very much. It’s a pleasure.

To hear the broadcast in full, listen here.

For questions about your next cruise and staying connected while on vacation, check out Connect at Sea’s website.

5 Favorites Aboard Quantum of the Seas