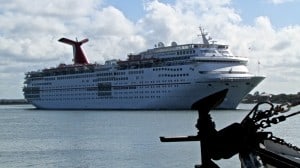 The North American cruise industry continued to be a substantial contributor to the U.S. economy in 2012 according to an independent study commissioned by Cruise Lines International Association (CLIA). The study shows that CLIA’s 26 North American member lines and their passengers and crew contributed over $42 billion in total U.S. economic impact, a 4.6 percent increase from 2011.  In addition, the cruise industry generated 356,311 jobs, paying a record $17.4 billion in wages to American workers.

Key data points for the top five states impacted by the cruise industry include:

More facts on the cruise economy can be seen here.