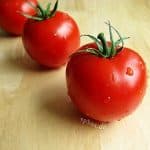 This Summer, Holland America Line‘s Culinary Arts Center program presented by Food & Wine magazine will host five of the world’s most celebrated chefs who will showcase their expertise and share tips with guests.  They will be aboard five of the line’s premium ships in July and August as part of the Culinary Arts program that offers culinary enrichment opportunities for guests on more than 500 cruises annually.

During their cruises, the experts will perform complimentary cooking demonstrations in the Culinary Arts Center, the line’s state-of-the-art show kitchens aboard each ship. The interactive sessions include recipe handouts, food tastings and the opportunity for questions and answers and photos with the culinary celebrities.

The venues feature a rotating schedule of activities daily including cooking shows, wine tastings, mixology demonstrations, hands-on themed cooking classes for both adults and kids, and other entertainment presentations. All events are taught by celebrity guest chefs or highly skilled culinary and beverage staff during every Holland America Line voyage.