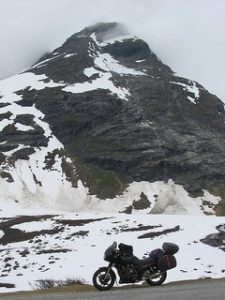 European cruise line Hurtigruten, which has run voyages along the Norwegian coast since 1893, reveals that once again, the North Cape – the northernmost point on the European continent – was the best-selling spot for shore excursions in 2011.  Last year, nearly 57,000 guests visited the site on Hurtigruten’s “North Cape” and “Breakfast at the North Cape” excursions, and the “North Cape” tour was officially the company’s top-seller.

The top-ranking “North Cape” tour, offered on Hurtigruten’s northbound Bergen-Kirkenes sailings, guests cross the 71st parallel – something few people can claim – and take in the sub-Arctic landscape as they make their way to the North Cape Plateau.

Hurtigruten offers approximately 45 excursions in the 34 ports it visits on its sailings between Bergen and Kirkenes.

Holland America passengers give back on World Cruise