As part of my Canada/New England cruise I decided I was going to spend some time in Montreal. Our ship terminated service in Quebec City, so I was left to find some transportation between Quebec and Montreal.

Partly nervous about taking a train, I had a lot of questions before my trip, which I found all the answers to on their website. 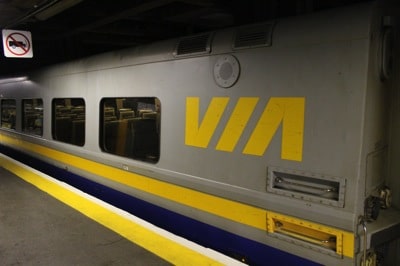 At first I was worried that no one was going to speak English because, depending on who you ask, Quebec City is 95-percent French speaking. I walked to the counter and said English and the agent spoke to me in English, no worries at all.

Their baggage policy in a way is kind of like the airlines (without the charge). You are allowed to check two bags per person and one carry-on item. Even though my bag is small, I still checked my bag and just brought my backpack on the journey.

Since I had a business class ticket I was allowed to wait in a lounge and then have priority boarding. The boarding process was very simple and they let us board about 10-minutes before the train was scheduled to depart for Montreal. The seat configuration in business class was two seas on the left side and one on the right. I had the one-seat aisle on the right side of the train.

After I found my seat the agent asked me for my ticket and she marked my seat location with a sticky paper (I guess to let them know I was getting off in Montreal). She then brought me to the front of the train and showed me the emergency procedures in case there was an emergency. There were only two English speaking passengers in my cart so she brought us up one at a time to walk us through the procedure.

The seat could be compared to a first-class sea on an airplane. There was plenty of room and the service was great. The train departed on time and we headed towards Montreal. About 10-minutes after departure the attendant came through and gave us a menu with an option of a mushroom omelet or fruit platter. I took the fruit platter and iced water. The sway of the train could almost put you to sleep. Actually it did for me. The three hour ride was very scenic going through little towns, no mountains per-say but a lot of farmland. It was a very peaceful ride. 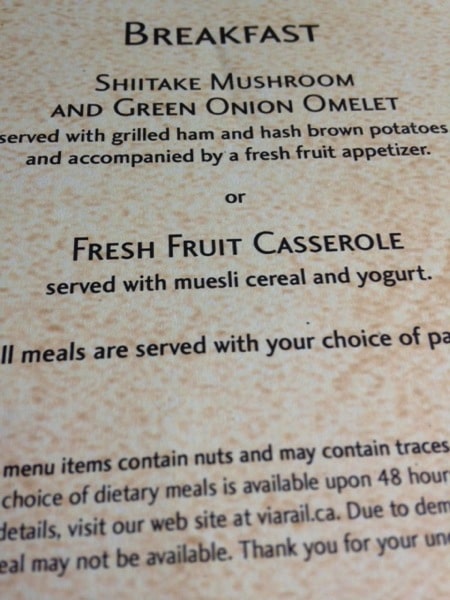 About 10-minutes before each stop there would be a tone ringing throughout the cars to let you know that the train is arriving at its next destination. For me, that destination was Montreal. The other stops along the way were outside stops pretty much in the middle of rural towns. Montreal is an island so we took a long bridge from the mainland into a big train station. Getting off the train was very easy and could be compared to getting off an airplane. Just a little faster. 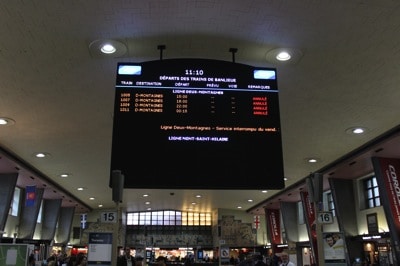 The baggage claim for VIA Rail was very organized and easy. In fact, it was very secure too. There was a baggage belt like you’d see at an airport. From the baggage belt you had to have your claim ticket in hand to make sure you didn’t scoot away with someone else’s luggage by accident. 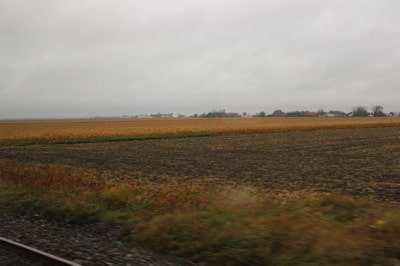 Having not ridden in the coach section I can’t really speak on it. However, I’ve done a bus between Montreal and Quebec City before and I will never do it again after riding VIA Rail. This is the perfect pre- or post-cruise solution between Quebec City or Montreal.

The service, staff, schedule and even food were all above my expectations. To be honest, I thought the experience was going to be like I Greyhound bus, you proved me wrong VIA Rail — well done!