Not even a month into hurricane season and we’re already seeing cruise ship diversions because of Tropical Storm Cindy. Cindy formed in the Gulf of Mexico on Tuesday afternoon and has so far impacted two Carnival Cruise Line Gulf Coast sailings. 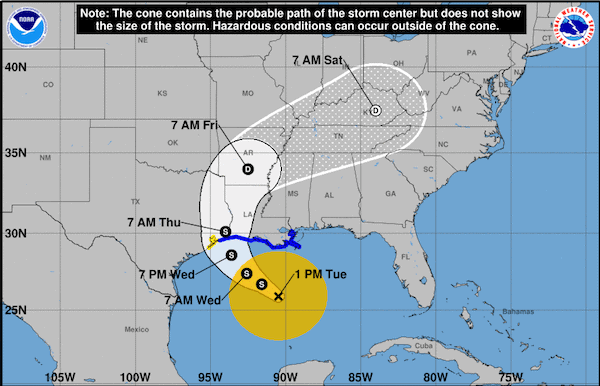 As of now, neither Norwegian Cruise Line or Royal Caribbean have announced any changes to their itineraries, although that could change as the situation develops. According to the National Hurricane Center, Cindy is due to make landfall early Thursday morning between the Texas and Louisiana coast. Meanwhile, as frustrating as itinerary changes can be — and you can be sure there will be more in the months ahead — we’d like to offer a reminder that cruise lines don’t take such itinerary alterations lightly and can sometimes even have a positive outcome for guests.