With every day bringing us closer to a resumption of service, two Carnival Cruise Line ships returned Sunday to the port of Galveston, Texas.

Both the Carnival Breeze and the Carnival Vista sailed into the port of Galveston on Sunday afternoon. Their arrival came one day before a Monday event which will focus on the importance of cruising’s resumption and the economic impact caused by the 14 month pause in operations from U.S. shores. 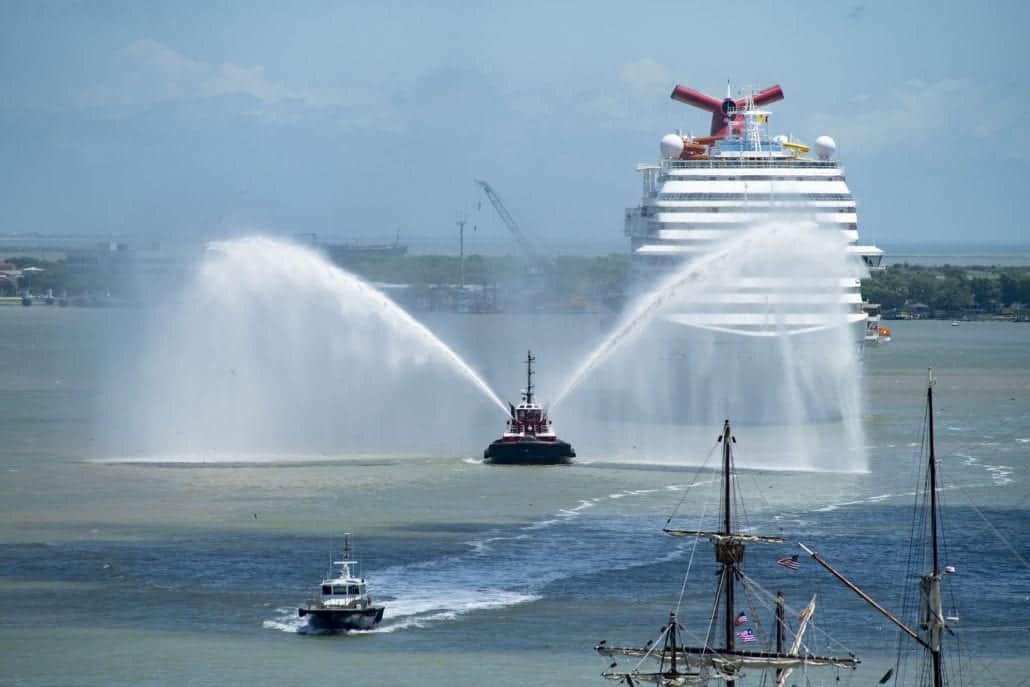 The Carnival Vista returns to the Port of Galveston with an escort by the Bay Houston Towing Company Tugboat Wesley A. and a Galveston/Texas City Pilot boat. (All photos by Robert Mihovil, courtesy of Carnival Cruise Line)

Shoreside, people gathered to welcome the ships back after their extended absence.

No word yet on exactly when ships will be able to welcome passengers back, although recent meetings between the Centers for Disease Control and Prevention and representatives of the cruise industry have had a far more positive tone than at any other point since the shutdown began in March of 2020. 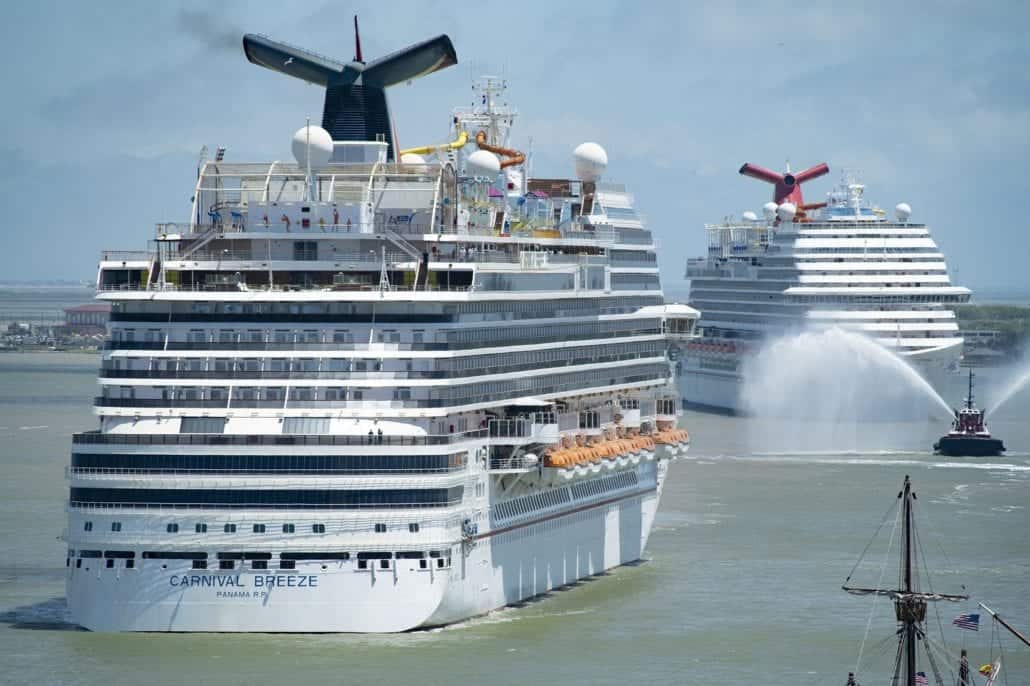 Both the Breeze and Vista will sail out of Galveston, the fourth most popular port in North America, later this summer.

Galveston is, of course, a hugely important marketplace for Carnival Cruise Line, which first began year-round sailings from the port in 2000. Before the shutdown, the company carried approximately 750,000 passengers from the Texas port each year. The economic impact of the shutdown was felt far beyond the piers, given that the cruise industry generates nearly $1.6 billion in expenditures annually and is responsible for 27,000 jobs across the state of Texas.

READ NEXT: Carnival’s Christine Duffy — “We Are Ready to Cruise!”

Send this to a friend
Hi, this may be of interest to you: Two Carnival Cruise Line Ships Return to Galveston [Photos]. This is the link: https://cruiseradio.net/two-carnival-cruise-line-ships-return-to-galveston-photos/