Royal Caribbean International has released a video on its newest ship, Odyssey of the Seas, departing the Meyer Werft shipyard in Germany and heading down the Ems River and out to the North Sea.

During the journey up the river, the ship sailed through two bridges and over an autobahn tunnel. For a vessel as large as Odyssey, the river is very shallow and narrow in some parts, which meant it had to move extremely slowly. Though the trip was only 20 miles from shipyard to ocean, it took over 10 hours to complete. 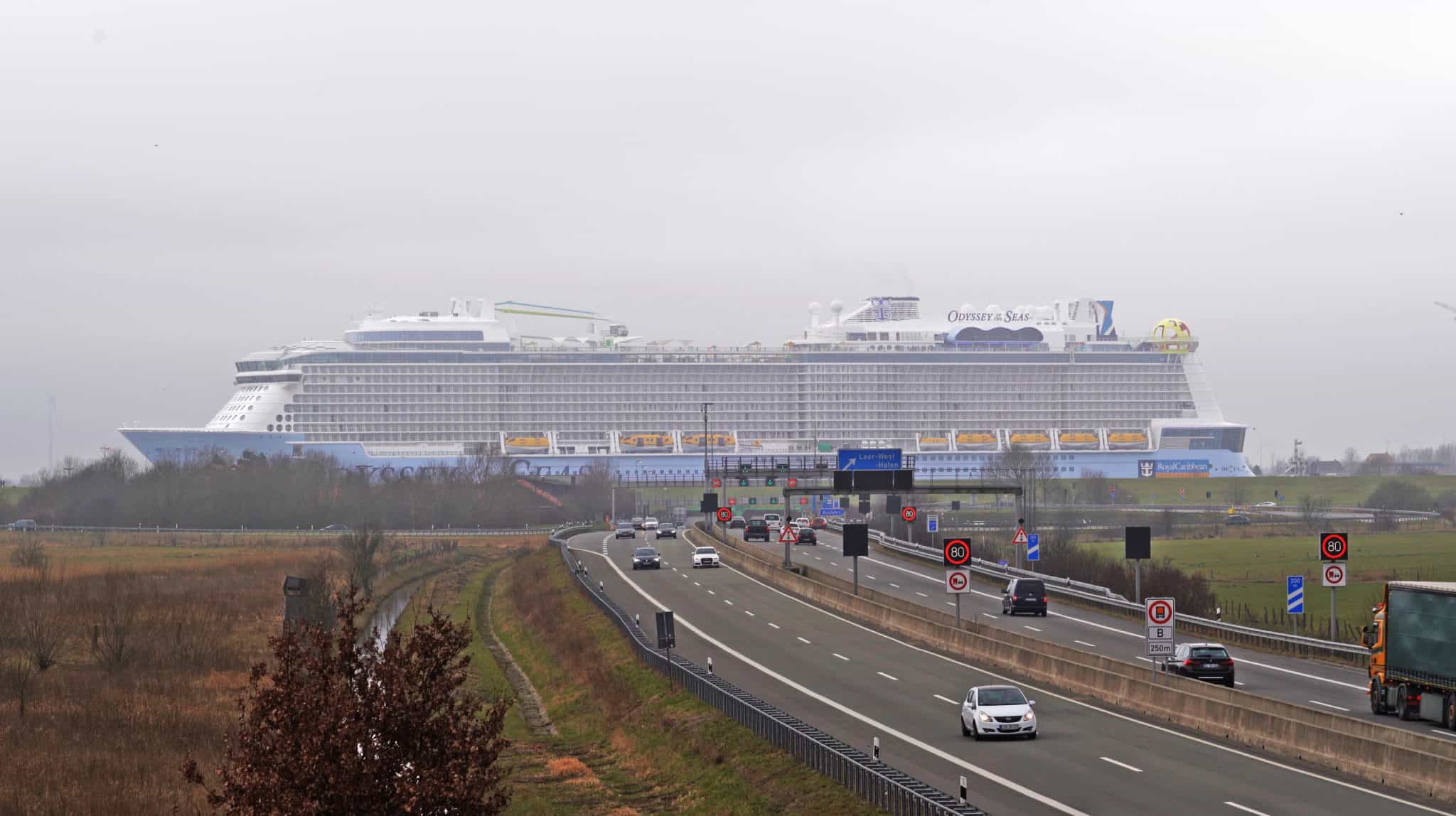 One hallmark feature of all Quantum ships that makes them easily identifiable from afar is the North Star — an observation capsule that takes passengers high above the ship for panoramic views. Other popular features include the Bionic Bar with robotic bartenders, a skydiving simulator by iFly, and the SeaPlex entertainment complex where guests can enjoy everything from bumper cars to circus school.

Odyssey of the Seas will also include a VR bungee trampoline experience called Sky Pad and Royal Caribbean’s famous FlowRider surfing simulator. When it comes time to eat, guests can sit down at Giovanni’s Italian Kitchen & Wine Bar, Teppanyaki, Chops Grille steakhouse, or an imaginative dinner experience at Wonderland. 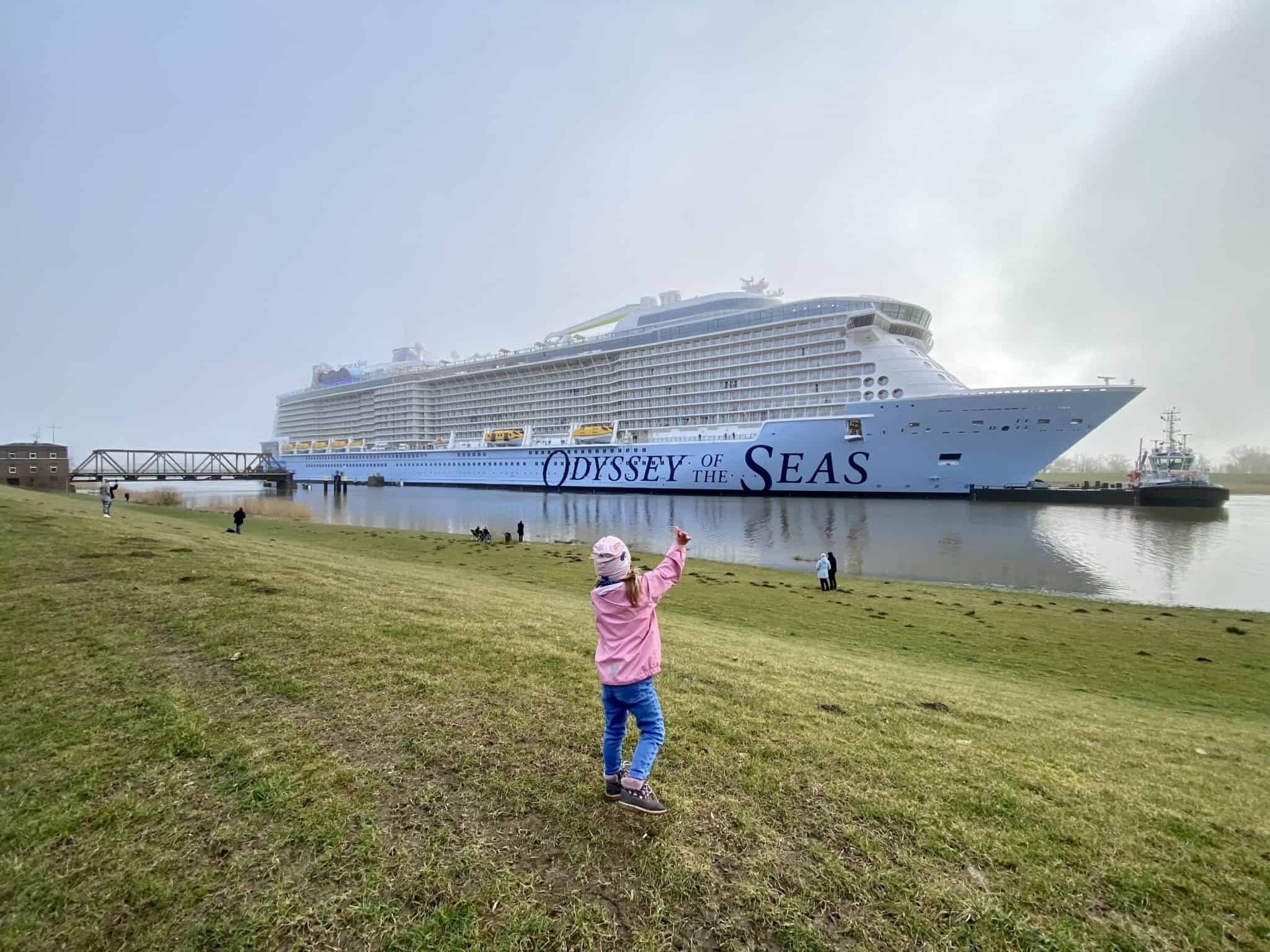 The ship’s main pool deck will have a colorful, tropical theme, with multiple pools and a two-story Lime and Coconut Bar serving up ice cold beverages.

Odyssey of the Seas will spend her maiden season sailing to Greece and Cyprus from Haifa, Israel beginning in May. In November, the ship will reposition to Fort Lauderdale, Florida to sail eastern, western, and southern Caribbean cruises.

Send this to a friend
Hi, this may be of interest to you: Watch: Odyssey of the Seas' Conveyance From Shipyard to Sea [VIDEO]. This is the link: https://cruiseradio.net/watch-odyssey-of-the-seas-conveyance-from-shipyard-to-sea-video/