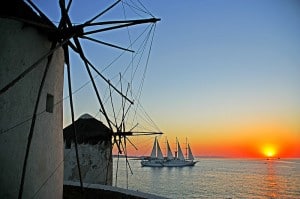 Earlier this year we were at a press conference in Miami Beach where Windstar Cruises announced the names of two of the three ships they acquired, Star Legend and Star Breeze. The first acquired ship, Star Pride, will be christened in Barcelona this May.

“In 2015 Windstar’s fleet will be double its current size, which really enables us to expand our itinerary offerings. We offer our guests an outstanding opportunity to explore the hidden coves, renowned ports, and legendary landmarks of the world that others can’t reach,” said Hans Birkholz, Windstar Cruises’ chief executive officer.

Starting in 2015, all itineraries will feature a spectacular Private Event, created exclusively for Windstar guests. These complimentary events were crafted to give guests an in depth local experience. Private Events include activities such as dinner under the stars in the magnificent Celsus Library of Ephesus to dining on the beach of a private motu in Bora Bora.

The line will also call in Reykjavik, Iceland for the first time in 2015.

For more information on Windstar Cruises, check out their website: https://www.windstarcruises.com