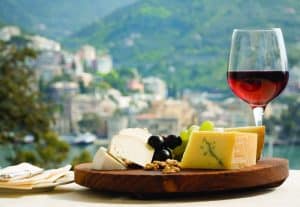 Windstar Cruises, a leader in yacht-style cruising, partners with SAVEUR, a leading epicurean brand for culinary travel content, to offer food and wine enthusiasts its first culinary focused voyage exploring the local wine, culture, and regional cuisine of Spain. This eight-day Culinary & Wine Delights of Spain sailing will take place onboard Wind Surf departing from Lisbon, Spain on April 19, 2014, visiting Cádiz, Málaga, Almería, Cartagena, Valencia, Sóller and culminating in Barcelona. Guests who book by August 31, 2013 can take advantage of an introductory offer of $2,999 per stateroom (based on double occupancy), plus receive a complimentary one-year subscription to SAVEUR magazine.

“We are excited to partner with SAVEUR in order to bring our guests closer to exploring the world of food in the destinations we sail to throughout the world,” said Hans Birkholz, Windstar Cruises’ chief executive officer. “Our new Culinary & Wine Delights of Spain voyage allows food and wine connoisseurs to revel in the highly acclaimed Spanish cuisine and wine all while exploring its culture and beautiful landscapes.”

The Culinary & Wine Delights of Spain will be hosted by a SAVEUR chef, a master sommelier, as well as winemaker Jorge Ordonez, who serves as the largest U.S. importer of Spanish wines. These hosts will provide guests the ability to engage in local wine, culture, and regional cuisine while discovering the best of Spain’s coast with a unique blend of east and west ports of call.

In addition, guests will indulge in local fare featured daily throughout the cruise; wine tastings before dinner; and nightly entertainment including an evening of Spanish flare as local Flamenco dancers join guests on board for a live dance performance.