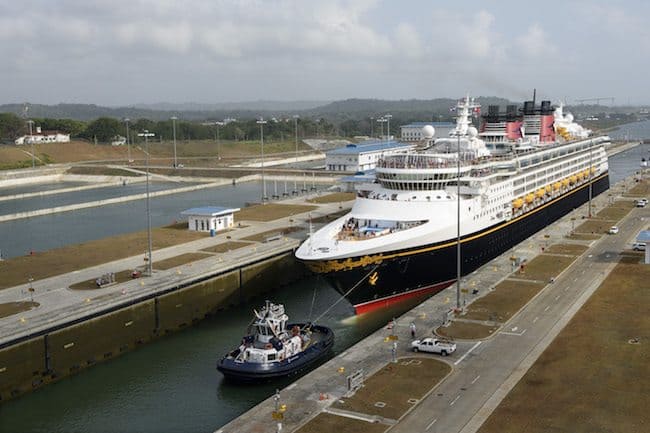 The 2,713-guest ship was reimagined in late 2016, expanding its length to 984 feet.  Headlining the enhancements are new spaces for kids, including Marvel and “Frozen” themed areas, as well as a new restaurant inspired by the animated film “Princess and the Frog.”  An authentic English pub was also added.

The Panama Canal crossing is part of a 14-night voyage from Port Canaveral, Florida to San Diego, where the ship will operate cruises to Baja, Mexico before a summer season sailing in Alaska.